Ansari  is best known for his roles as Tom Haverford on the NBC series ‘Parks and Recreation’. 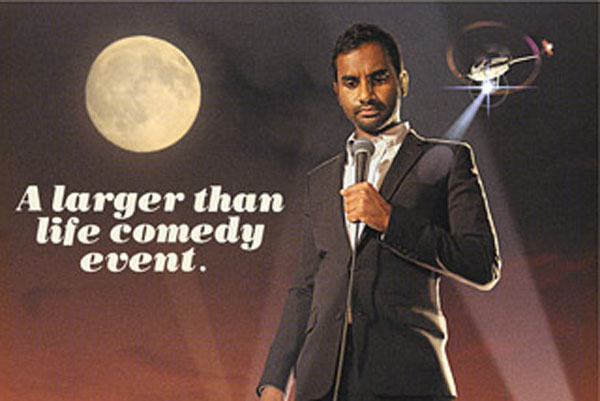 When 41-year-old Ansari hosts one of the popular sketch comedy shows in the US, he will become the first ever South Asian origin to host SNL.

Jackie Chan and Lucy Liu are the only two Asians who have previously hosted the show (not including Fred Armisen and Bruno Mars, who are mixed-race), and that was more than 15 years ago.

Last year, the standup comedian turned television star won his first Emmy (outstanding writing for a comedy series) for his Netflix series “Master of None” after earning four nominations. His nomination for outstanding lead actor in a comedy series was the first for an Indian American.

Born in Columbia, South Carolina to a Tamil Muslim family from Tamil Nadu, Ansari began his career performing stand-up comedy. His mother Fatima works in a medical shop and his father, Shoukath, is a gastroenterologist. Ansari graduated from the New York University Stern School of Business with a major in marketing.

In 2007, he created and starred in the MTV sketch comedy show ‘Human Giant’, which ran for two seasons. This led him to act roles in feature films, including ‘Funny People’;’I Love You, Man’; ‘Observe and Report’, and; ’30 Minutes or Less’.

He is best known for his roles as Tom Haverford on the NBC series ‘Parks and Recreation (2009-2015) and as Dev Shah on Master of None’, which debuted in 2015 and Ansari created, writes, and stars in.

In recent years, ‘Saturday Night Live’ faced controversy over diversity issues and in 2003, the lack of a black female cast member led to holding special auditions to hire one. In 2016, Melissa Villasenor became the first Latina cast member and Nasim Pedrad became the first middle eastern cast member of ‘SNL’ between 2009 and 2014.