“What a talent. What a loss.” Gates wrote. 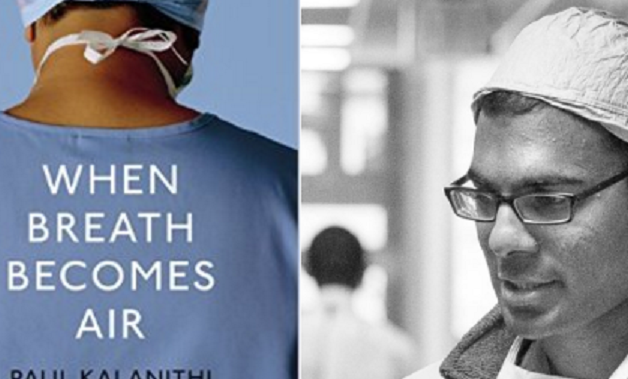 It takes lots of courage for a man diagnosed with a terminal illness to leave aside worries about the impending death and focus on writing a biography that speaks about what makes life worth living. That is exactly what the Indian American neurosurgeon Paul Kalanithi did when he was diagnosed with stage IV lung cancer – daring to look into the eyes of death with a smile.

In his memoir ‘When Breath Becomes Air’, Kalanithi shares how he made his life worth during its final days, chasing up to goals that could leave behind a footprint as another fade away.

Microsoft founder Bill Gates was moved to tears after reading the memoir of Kalanithi who passed away in 2015, two years after he was diagnosed with cancer. Gates in a note published on his website on Tuesday, wrote, “What a talent. What a loss.”

“It’s an amazing book. I was super touched by it, as was Melinda and our daughter Jennifer. In fact, I can say this is the best nonfiction story I’ve read in a long time,” Gates wrote.

“I’m usually not one for tear-jerkers about death and dying—I didn’t love The Last Lecture or Tuesdays with Morrie. But this book definitely earned my admiration—and tears,” he added.

‘When Breath Becomes Air’, which talks about Kalanithi’s 36 years’ journey from being a doctor treating patients with terminal illness to the one who needs treatment, and later becoming father to a baby girl, was published ten months after his death.

The memoir stayed on the New York Times bestseller list for many months after it was published.

Gates is certain that he would pick the book again to read.

“This short book has so many layers of meaning and so many interesting juxtapositions—life and death, patient and doctor, son and father, work and family, faith and reason—I know I’ll pick up more insights the second time around,” Gates said.

Kalanithi married Lucy Kalanithi, who is also a doctor and was just months away from finishing his surgical training and his postdoctoral fellowship at Stanford University when he was diagnosed with cancer.

After Kalanithi was diagnosed with cancer, the couple decided to have a baby, which according to Lucy was a difficult decision. Lucy recalls Kalanithi saying: “Well, wouldn’t it be great if it did? She says all that he wanted in the final stage of his life was to make it more meaningful.

“I don’t know how Kalanithi found the physical strength to write this book while he was so debilitated by the disease and then potent chemotherapy. But I’m so glad he did,” Gates wrote in the concluding paragraph of the note.