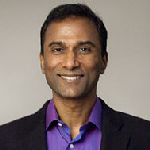 As I read Senator Elizabeth Warren’s attack on Judge Neil Gorsuch a few days ago, I was reminded of the auto-responder technology employed by EchoMail, an AI software that I created for major corporations in the early 1990s. EchoMail could read inbound email and — by identifying certain keywords and phrases — it could place that email into specific topic categories such as complaints, positive feedback, or requests for information.

EchoMail would then go to its library to select prefabricated paragraphs on each topic, and cobble together a seemingly personalized response. It worked quite well, and saved money for organizations that wanted to provide timely replies to basic questions.

Although Ms. Warren’s article reads like an auto-responder’s cut-and-paste text content, it was most likely done by a staff person and then sent to the senator for a quick review. The key words had to be there: “corporations,” “rich versus poor,” “pro-big business views.” EchoMail could have done this in a few seconds and freed up the poor intern for something more challenging.

For example, Jane Nitze, J.D.’08, a Climenko Fellow and Lecturer on Law at HLS, clerked for Gorsuch from 2008 to 2009, shared: “What struck me was his real, genuine reverence for the Constitution and the rule of law that came through on a daily basis. As a judge, he believes that cases should be decided on the basis of the law and not on the basis of policy or personal preferences. His judicial record shows he applies the law impartially.”

Prof. Richard Lazarus said Gorsuch was “the single most qualified person” on Donald Trump’s list of 21 potential nominees, a judge “who is smart and has integrity.”

This is a man of enormous achievements.” Prof. Laurence Tribe wrote, “Gorsuch is as smart as he is conservative, and he writes elegantly. He’s a brilliant, terrific guy who would do the court’s work with distinction.”

The recent article concluded by sharing Professor Charles Fried’s suggestion that the appointment of Gorsuch would likely return the court to the same ideological balance that existed before Justice Antonin Scalia’s death, and that there was no reason to be upset over the addition of a new Justice with Neil Gorsuch’s credentials and views.

However, we might feel justifiably upset about the hypocrisy of Senator Warren’s whole article. We might note that amid her references to “big corporations,” and “rich and poor,” Elizabeth Warren has reportedly been paid more than $300,000 for teaching just one class at Harvard, an institution — and a “big corporation” — with its nearly thirty-five billion dollar endowment that’s on par with cash assets of Fortune 1000 companies.

With this in mind, and speaking of qualifications, Sen. Warren hardly seems qualified to disparage Judge Gorsuch in any way whatsoever. Next time you read another of her attack articles, remember she’s being paid by our tax dollars. In the interest of fiscal restraint and more substantial content, I’ll be happy to let her use EchoMail for free.

(Shiva Ayyadurai, Ph.D., an inventor, scientist, and entrepreneur, is a candidate for U.S. Senate in Massachusetts for 2018.)