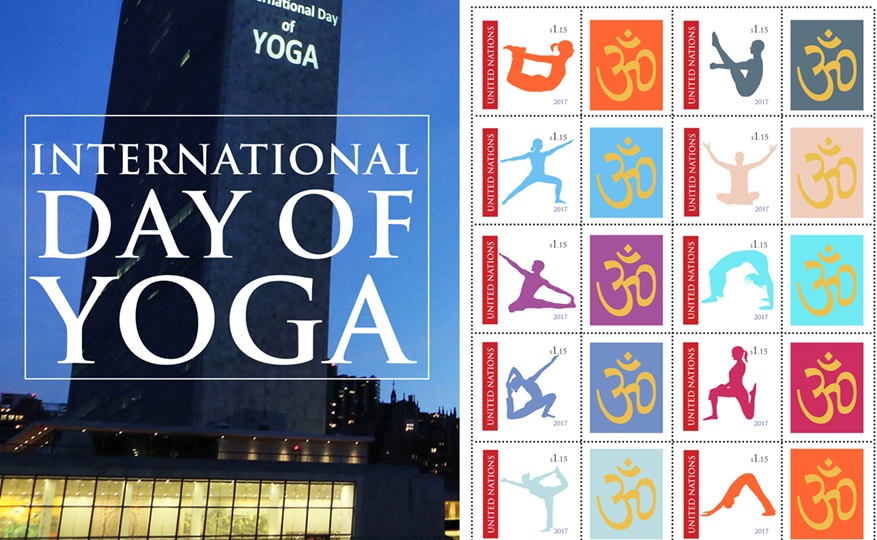 The United Nations Postal Administration will celebrate this year’s International Day of Yoga with a new set of stamps that commemorates the spirit of Yoga.

The new special event stamp sheet will be issued on June 21, the United Nation’s International Day of Yoga, and it intends to raise awareness worldwide of the many benefits of practicing yoga.

“Special Event stamps sheet to be issued by @unstamps to mark International Day of Yoga,” India’s Permanent Representative to the United Nations Syed Akbaruddin tweeted sharing a link to the UN Stamps’ website.

Special Event stamps sheet to be issued by @unstamps to mark International Day of Yoga. https://t.co/pfqHP2L71P

The stamp sheet includes 10 stamps of $1.15 denomination each and depicts ten different yogaasanas next to a large ‘Om’ in Devnagri script.

One event sheet costs $14.95 and it is available on unstamps.org, the official website of UNPA.

The United Nations had adopted a resolution to commemorate June 21 every year as the International Day of Yoga in December 2014. The first commemoration was held at the New York’s UN head quarters in 2015.

UAPA issues stamps are issued simultaneously at UN offices in New York, Geneva, and Vienna. Each stamp carries a related design theme, with different denominations for each office. The stamps are also available at the UNPA offices in person or by mail, and from stamp dealers.