More than a dozen poets take part in the event that celebrated India’s 70th Independence Day. 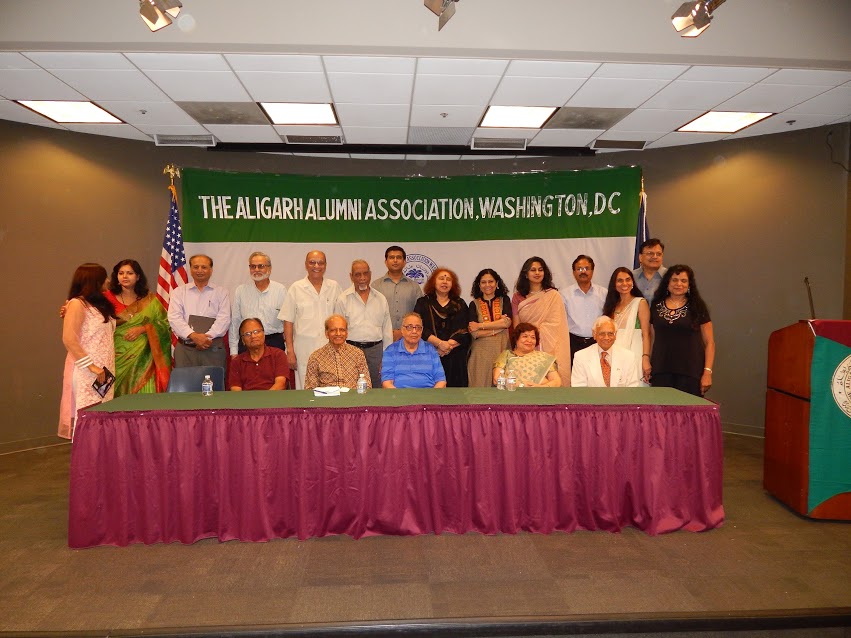 No flower of song, no fretting of a guitar,
I am the report of my own fracture.

Truth be told, it’s in the quiver
That lies the gleam of modesty
They say language binds people, while poetry heals the hearts. That’s what happened at the Central Arlington Library in Arlington, Virginia, when Hindi and Urdu poets met and celebrated India’ s 70th Independence Day, with Yaum-e-Azadi Mushaira -K​avi Sammelan.

More than two dozen poets recited their poetry, making people laugh, emote and reflect in an afternoon of shairo-shairy (Urdu poetry), kavita (Hindi poetry) and geet (songs and lyrics), which brought Indian diaspora with multiple ethnic backgrounds together under the same umbrella.

The 10th annual Mushaira and Kavi-Sammelan was organized by the Aligarh Alumni Association of Metropolitan Washington (AAA), in cooperation with the ​Global Organization of People of Indian Origin (GOPIO), More than 200 people from greater Washington area attended the event.

Welcoming the participating poets and audience, Dr. Zafar Iqbal said the main objective of the program was to provide a​n opportunity for South Asian Americans to get together under one roof. transcending political, religious, regional, and geographical boundaries ​ and celebrate their common Ganga Jamuni cultural heritage. 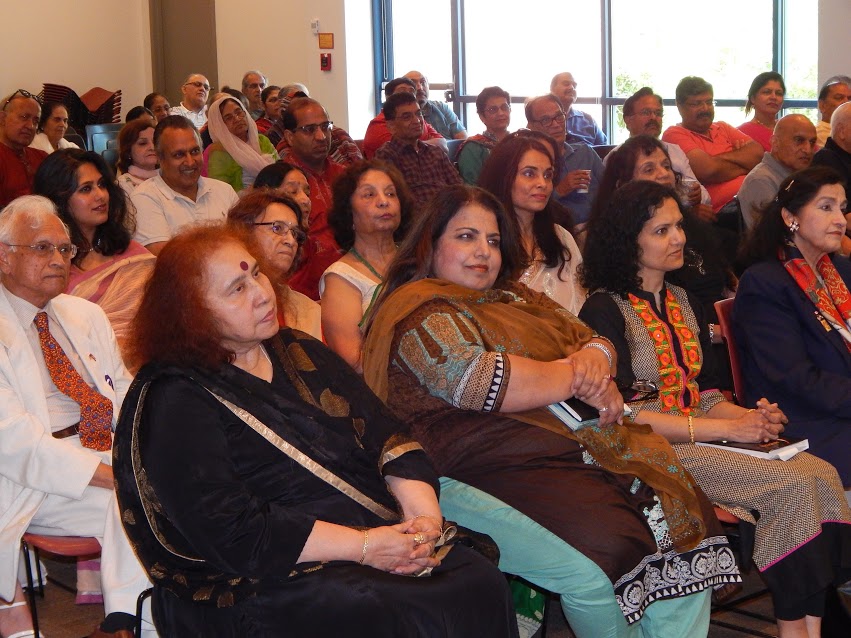 Dr. Abdullah Abdullah, an Aligarian and popular literary figure, compered the show as the Master of Ceremony.

Dr. Moazzam Siddiqui, former Chief of South-Asian and Far East Languages at Voice of America, presided over the session.  Ms. Sukesh Chopra appreciated the blooming of the young poets.

Dr. Mohammad Akbar of AAA and Dr. Renuka Misra of GOPIO while thanking participants and audience​ on behalf of their associations appreciated the increasing popularity of the program.

The AAA also has a major mushaira tradition in the greater Washington area starting as a tradition of mushaira in 1975 initially with local or regional poets writing in Urdu or Hindustani, they later started inviting international poets like the major mushaira held in Delhi each year on August 15th. The first international mushaira was held in 1982 with many noted poets participating from India, Pakistan, Europe and North America.