Heather Heyer was killed when a Nazi sympathizer drove his car into a group of peaceful protesters.

Twitter has found itself in trouble after it verified the account of White Supremacist Jason Kessler, the main organizer of Charlottesville rally that resulted in the death of a woman.

Kessler last week announced that Twitter verified his account resulting in an online onslaught against the microblogging site. 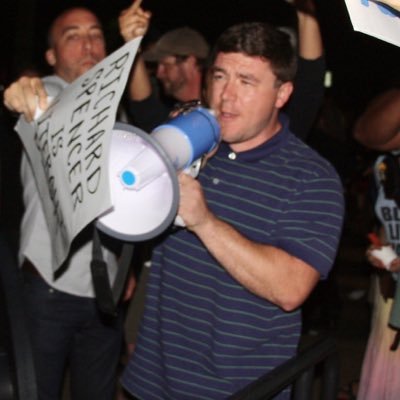 The decision of Twitter to validate the profile of Kessler has kicked off a new debate questioning the discretionary power of the microblogging to verify its users without considering their background.

A verified user on Twitter can be identified by a tick mark that appears next to the name. Usually, the account gets verified if the account holder is a public figure with lots of followers.

The verified feature in Twitter gives authenticity to the account and also helps other users from following fake profiles.

“Looks like I FINALLY got verified by Twitter,” Kessler tweeted on Tuesday. “I must be the only working-class white advocate with that distinction.”

This tweet later became a bombshell with tweets blasting the social media site ripping off the company for its failure to exercise the discretionary power.

According to some users, by verifying the account of Kessler, Twitter has inadvertently given a signal to the public that he is a person public interest and is worth to be followed.

“Hi @Twitter,” tweeted Simran Jeet Singh, a professor of religion at Trinity University. “Hope you realize there’s no such thing as being neutral when it comes to Nazis. Verifying Jason Kessler is a political act — and one that puts you on the wrong side of history.”

Confirming that the normal verification process has been suspended pending an invagination on the issue raised by the users, Twitter said verification of an account doesn’t mean endorsement of the person.

“Verification was meant to authenticate identity & voice but it is interpreted as an endorsement or an indicator of importance,” the company acknowledged in a tweet. “We recognize that we have created this confusion and need to resolve it. We have paused all general verifications while we work and will report back soon.”

Kessler is known for posting derogatory and slanderous tweets through his account and the same account through which he called the victim of  Charlottesville car rampage a “disgusting Communist”, getting verified irked many users.

Heather Heyer was killed when a Nazi sympathizer drove his car into a group of peaceful protesters.

“Heather Heyer was a fat disgusting Communist,” Kessler tweeted. “Communists have killed 94 million. Looks like it was payback time.”

Kessler has more than 14 k followers on his Twitter handle named TheMadDimension. The description of the handle says Kessler is a “Freelance Journalist: written for GotNews, Daily Caller & VDARE; organizer of Unite the Right.”