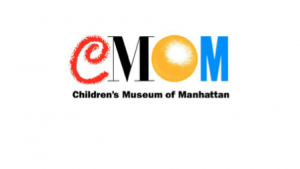 The exhibition, which will showcase Indian culture, will move to other cities and continue for four years.

The Children’s Museum of Manhattan will showcase Indian culture in an upcoming exhibition titled The Namaste Express.

The museum has already showcased the cultures of China, Japan, ancient Greece and other countries.

The Namaste Express is scheduled to begin in the summer of 2018. It will take the kids exploring India on a ride through its culture, stopping at various historically and culturally important spots, providing children with knowledge and fun features.

The interactive ride will also provide a variety of other programs, such as how to say phrases in different Indian languages, play in a grand Indian architectural fort, check out rickshaws and a street car, watch a Rajasthani puppet show, sit in at a yoga center and sing and dance along to traditional music by a Bollywood stage.

The Children’s Museum of Manhattan, in association with Indian Consulate in New York, ‏hosted an event ahead of the launch of The Namaste Express on Wednesday.

“Incredible day for @IndiainNewYork. Start up event at Children’s Musuem of Manhattan on launch of ‘Namaste Express’, the Indian gallery this Summer. Then curtain raiser at Asia Society’s comprehensive India program this fall starting with exhibition on ‘Bombay Progressives’ Wow!,” tweeted the Indian Consulate in New York .

The exhibition will run for three months starting from the summer 2018 and will continue in different locations in the United States for four years.

“The Namaste Express has been conceptualized as an interactive train journey through the country,” said Lizzy Martin, the Director of Exhibition Development and Museum Planning said during a press meet back in November. “The exhibition layout will allow children and families to make multiple stops at states and cities in India and sample the variety of architectural styles, cultures and environments through colors, shapes, structures and landscapes.”

“We want families to feel like they are in India, so that is why we are asking members of the Indian American community to help us bring this cultural experience to life,” said Andrew Ackerman, the Executive Director of the museum, speaking at Wednesday’s event.

“As an Indian American and a mother of two boys, I would love for my kids to learn about India while living in New York,” said Anu Shegal of Culture Tree.