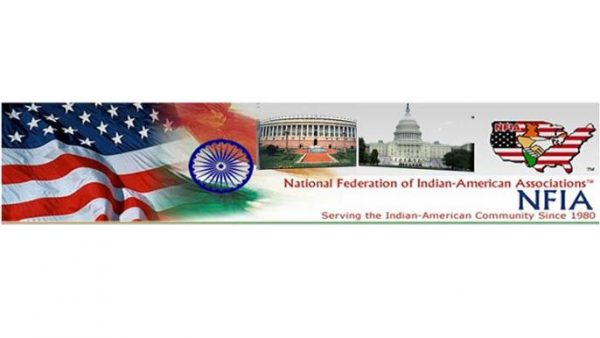 A number of NFIA delegates from different parts of the country will attend the Nov. 16-18 event.

The National Federation of Indian American Associations (NFIA), an umbrella organization of several Indian American groups, will host a three-day conference in Tysons, Virginia, just outside of Washington, DC, from November 16 to 19.

A number of NFIA members from different parts of the country will discuss issues pertaining to Indian Americans at the event, the organization said in a press release.

The theme of the conference will be “NFIA and Indian Americans: We’re going places.”

The event will include seminars, banquets, cultural programs and opportunities for delegates to network, the release said.

The convention will be held under the leadership of NFIA President Sudip Gorakshakar of Artesia, Calif., Convener Pooja Thomre and Secretary Lavanya Reddy.

The release four co-conveners that will oversee the event: Angela Anand from Virginia, Y.N. Gupta from Maryland, Pat Patnaik from California and Raj Razdan from Georgia.

NFAIA was founded in 1980, by Dr. Abraham Thomas, among others, with the goal of unifying the Indian American community by coordinating and promoting the activities of its member associations throughout the United States.

Six Indian Americans to be recognized at NFIA’s biennial convention in Seattle (September 28, 2016)