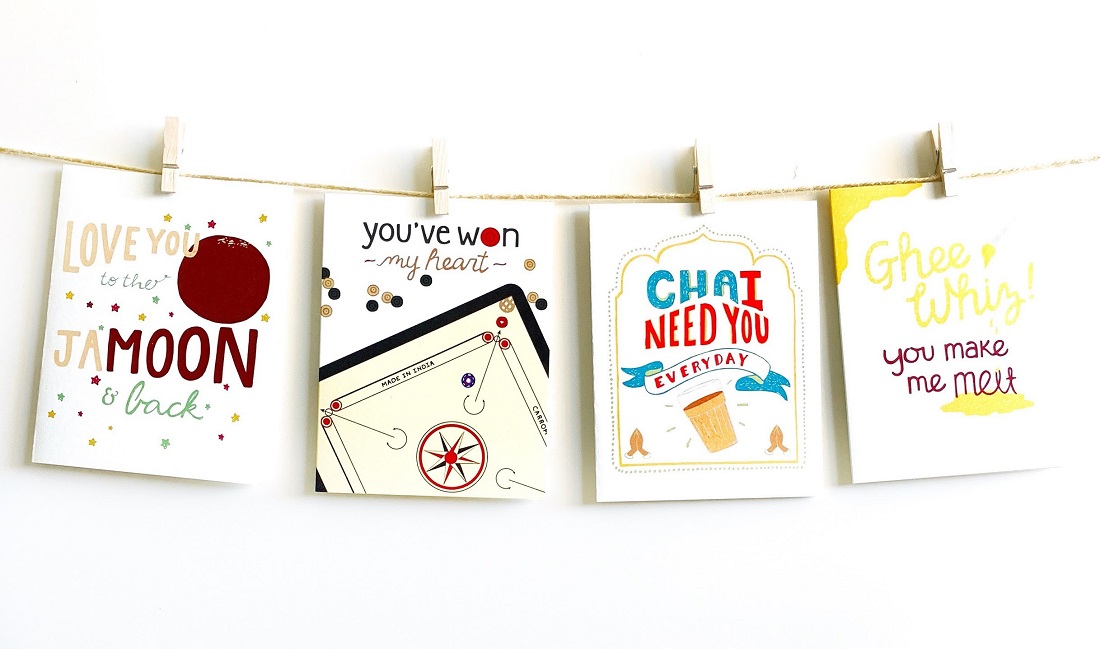 Messages like “You are the cheeni to my chai” and “Didn’t become a Doctor” speak to South Asian eccentricities in a playful way.

As everything in America from food to politics becomes more inclusive, even amidst anti-immigrant rhetoric, it was about time that the gift-giving category, too, moved beyond just the Halloween and Christmas categories.

Bringing in change, albeit in a playful manner, in the US greeting card industry is a Palo Alto-based first-generation Indian American Krisa Tailor. Late last year, Tailor launched, “Pyarful,” a niche greeting card company that is custom made to appeal to South Asian eccentricities, in a fun and witty manner.

The greeting card range includes messages such as, “Hot Saas,” “I aam so proud of you,” and “Naan Stoppable,” among many others.

The local company beautifully fills the gap that desis may be experiencing when it comes to choosing greeting card messaging that speaks to them and includes their cultures and customs. Tailor, a healthcare professional who spent a decade working in the private sector, started her own health tech company and even wrote a book, before she launched, Pyarful. “As a first-generation Indian American, greeting cards that related to my South Asian roots simply didn’t exist,” she told the American Bazaar. “A relatable Mother’s Day card that captured a special bond with my mom, or a fun Diwali card for my Indian friends, was nearly impossible to find.”

The greeting card puns that form the USP of the company serve as interesting observations of the stereotypes and habits that form immigrant experiences in the West. “In spite of the increasing popularity of craft stationery and paper goods diversity and inclusion were seriously lacking from the space,” Tailor said. “So, I decided to make a few. And incredibly, the demand exceeded my expectations. In fact, it was overwhelming. Both South Asians and non-South Asians wanted them.”

Tailor wrote on her Linkedin page, “South Asians are one of the fastest-growing ethnic groups in the US. In 2015 there were roughly 5 million South Asian Americans, and this number is expected to double by 2060. More than that, South Asian cultural influence in the West is expanding, and people of all backgrounds are spending more on South Asian products. Think chai, turmeric, or yoga.”

Tailor describes Pyarful as a craft paper goods brand that celebrates the everyday joys of South Asian culture. “Our hand-drawn greeting cards and prints are a playful ode to our multicultural upbringing, and small glimpses of experiences that so many of us South Asian-Americans share,” she said. “Built on the values of celebration, connection, and craftsmanship, the brand illustrates South Asian culture in a fun and light-hearted way.”

So, next time you are out hunting for a card for an Indian festivity, remember you have an “Ekdum First Class Choice,” to choose from.