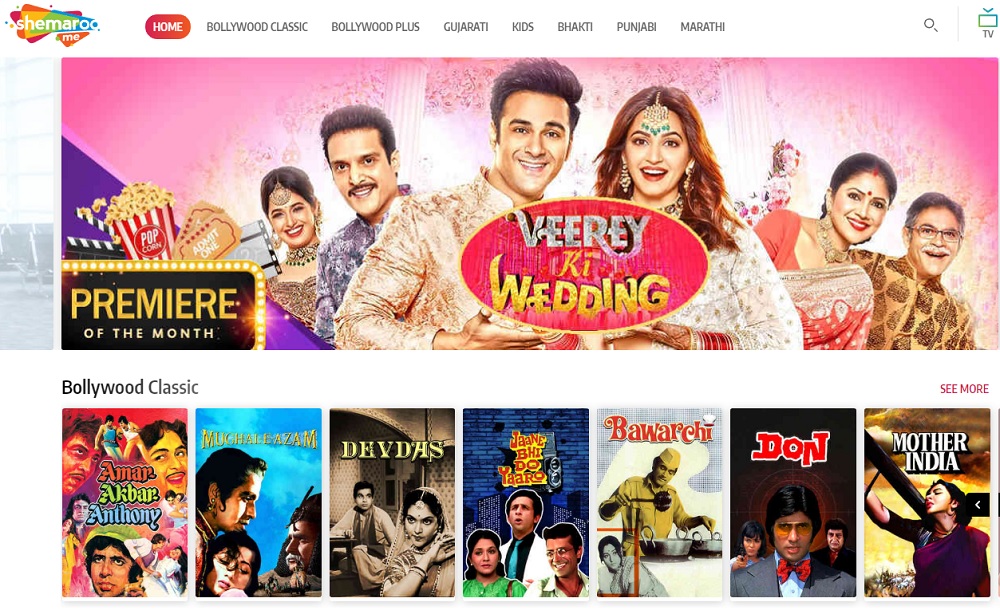 ShemarooMe will bring 2500 titles across Bollywood and regional Indian genres.

Indian viewers and Bollywood lovers in the United States now have more choices to choose from as Indian entertainment giant Shemaroo became the latest Indian streaming service to enter the US market. The 57-year-old company that is available in 30 countries boasts a wide content library. The video streaming service, called ShemarooMe, brings along for Indian American audience an array of content ranging from Bollywood to regional to devotional children’s programs, it said in a press release..

Shemaroo first tested waters for its streaming service in India, where the service was launched earlier this year. While India has an online video market pegged at over $700 million, demand from the Indian American community in the US for culturally relevant content has been on a rise.

Indian Americans have continually been making great strides in the US. They are not only the second largest Asian American group in the country but they are also financially the most well-off minority groups in America.

In the recent times, with a new-found confidence, the group has also been asserting its identity and roots in the US, making many Americans interested in India based cultural nuances. Unlike the current trend of original content appealing to global audiences, practiced by the newer streaming services, ShemarooMe would be focusing on its large content library to cater to the new audience.

“As a company we’ve always understood the pulse of our diverse audiences, and our history is a testimony to that,” Shemaroo CEO Hiren Gada said in the press release. “Today, we are excited to extend our content offerings to loyal fans of Indian entertainment in the US with a host of integrated features such as linear channels, live streams and video-on-demand services. With this launch, we look to further build strategic partnerships in the world’s leading OTT market.”

The viewers would have no dearth of options as they can choose from seven distinct content categories: Bollywood Plus, Bollywood Classic, Gujarati, Punjabi, Marathi, Kids and Bhakti (devotional) through two subscription options. The customizable, individual category plans are priced at $4.99 per month and the all-access plan is priced at $9.99 per month. The ShemarooMe OTT app can be downloaded through Google Play, the iOS App store or online at http://shemaroome.com/, and will soon be available on Amazon Fire TV Stick, Apple TV and Roku.