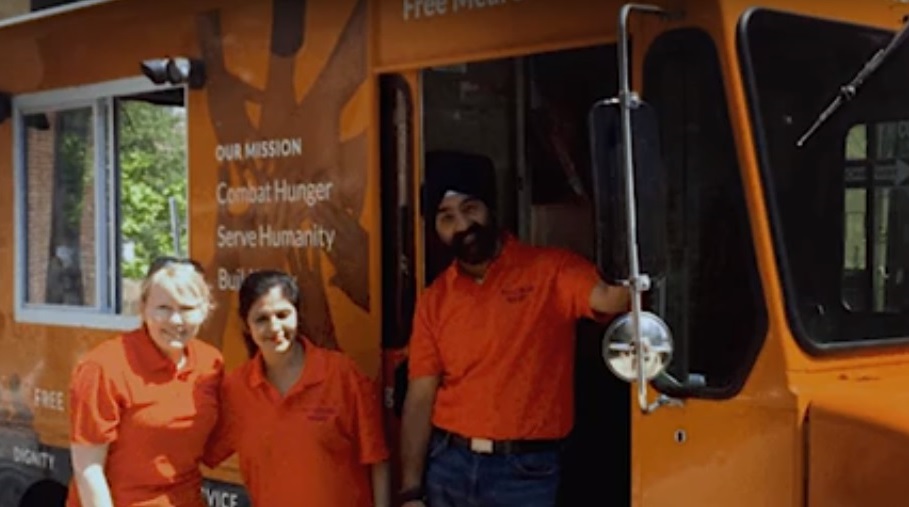 In 2015, Washington DC based Sonny Kakar had an idea that changed his life. And in the process also changed the lives of about 20,000 people by serving them fresh, hot meals free of cost.

Over “12.9 million children in America do not know where their next meal is coming from. And something needs to be done about it,” he thought.

So Kakar bought an old FedEx truck, painted it orange and began operating his Seva Truck. A unique DC based organization that sends meals to local communities in need including schools and social work organizations.

Kakar works on the tenets of his faith – Sikhism and on the teachings of Guru Nanakji, founder of the the Sikh faith who believed in feeding the needy and helping the poor. The institution of langar or feeding the poor and needy is central to Sikhism, he says.

His initiative specially targets kids at risk in underserved communities. In just three years since its inception, the sprightly orange truck has not only become the pride of the area but has also expanded to feed over 20,000 people.

Showing his compassionate side, Kakar believed there was need for such an organization when he started it, but “we hope that ‘we are out of business’ in the future.”

“We hope there won’t be a need for a Seva Truck because we hope that society reaches a stage where they do not think about serving themselves but serving the broader purpose.”

On a typical day, Kakar visits the schools right after they close to serve the kids a wholesome hot meal. He says, “Our mission is to provide food and security to everyone.”

There is already a positive impact that one can see in the area. In one of the schools where they have been regularly dropping off meals since last three years, the attendance has gone up by 30 percent, he said.

The performance of kids has also gone up tremendously in the school. What makes the efforts worthwhile for Kakar is that kids are no longer asking their teachers if they have anything that they can take.

Encouraged by the success Kakar opened another location in Michigan and hopes to spread his initiative across the country.