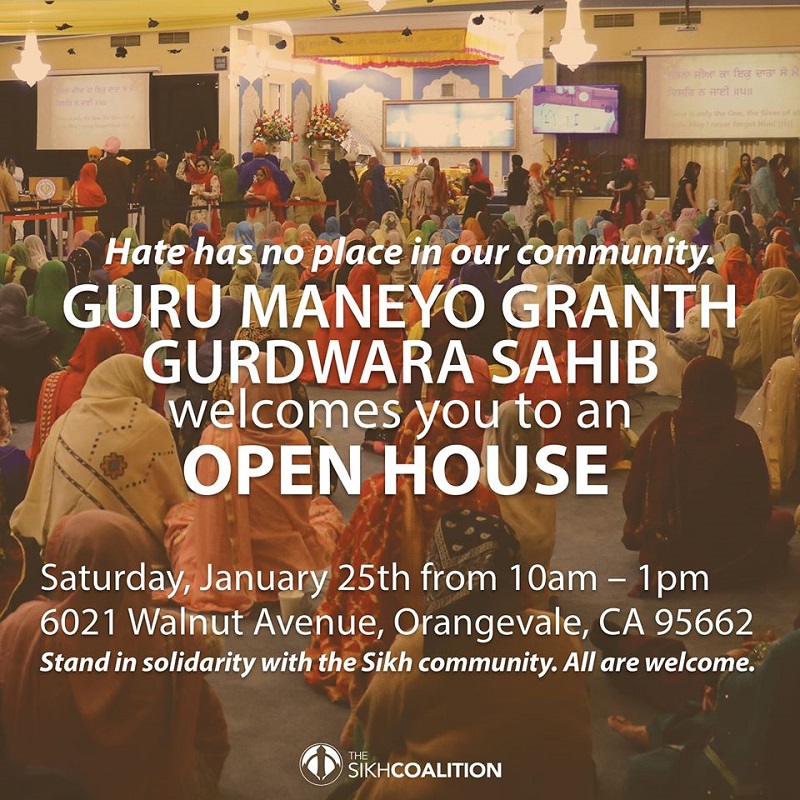 In a unique show of resilience and strength, the Sikh community of Orangevale in California have decided to host an interfaith open house this weekend.

The open house will be held at Guru Maneyo Granth Gurdwara Sahib, the Sikh place of worship which witnessed a racist act of vandalism early last week.

Worshippers and temple organizers saw racist white supremacist graffiti written across the entrance to the gurdwara.

While the authorities are investigating the matter, the community decided to host an interfaith open house to give everyone a chance to come and understand the tenets of their faith.

The gesture has been extended to stress that hate finds no place in the community.

The Sikh community that has often been the victim of racist backlash also wants to show through the open house that it is important for Americans and other nationals to understand each other’s cultures and find similarities therein.

The racist graffiti with Nazi signs scribbled across the Sikh place of worship came as a rude shock to the entire community in California.

The gurdwara which came under racist attack late last Sunday night was inaugurated recently and Sikh worshippers in the area had gathered  that evening to pay respects at their new place of worship.

Following the attack, Basim Elkarra, Executive Director of the Council on American–Islamic Relations (CAIR), Sacramento Valley/Central California, also condemned  the “hateful act” and vowed to stand with the Sikh community.

“We condemn this hateful act of vandalism and stand with our Sikh brothers and sisters. We must all stand up against hate in our communities,” he stated.

“We are here to support the Sikh community and encourage any witnesses to come forward with information about this hate attack on a house of worship.”