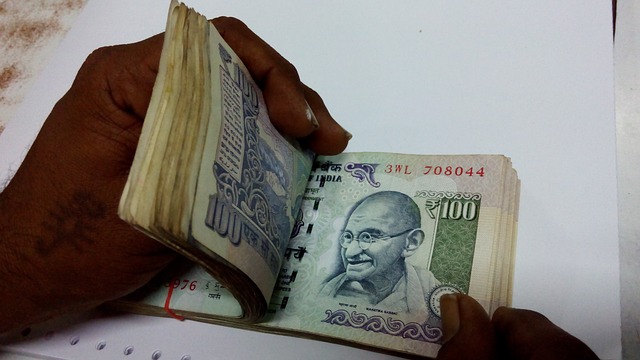 In case of another Bernanke moment, India might be staring at an unprecedented crisis of sorts.

The Indian economy which has been witness to a deficient demand has been forced to go through a fiscal exercise by Indian Finance Minister Nirmala Sitharaman which would make things even worse.  With the unemployment rate on the rise and the demand not forthcoming from the consumption or investment side, nor the external markets, one fails to understand why the mandarins in the Ministry responded without  taking cognizance of the situation.

What economist R Nagaraj has characterized as India’s Dream Run of the 2003-08 period has become a  memory, with the economy hamstrung back at the levels of growth which were once characterized by Raj Krishna as the Hindu rate of growth.  The investment ratios of the economy have been on the downside for years together now. The revised estimates of nominal GDP growth in the ongoing year at 7.5 percent belies the expectations of 12.5 percent projected in the budget estimates.  And this has resulted in the loss of tax revenue to the extent of over three trillion rupees.

Despite all efforts at enticing the corporates to spend by the generous tax concessions not working, the government seems to be at it again by further extending tax rebates to the salaried classes hoping that the consumption would pick up. Strange that those counting on consumption growth have kept the allocation under Mahatma Gandhi National Rural Employment Guarantee Act (MGNREGA) aiming to guarantee the ‘right to work’ stagnant. The government itself foresees the economy growing at a nominal rate of 10 percent ( 6 percent real and 4 percent inflation). God alone knows, whether it would be the other way round!

Notwithstanding the volatility of the international financial markets, the government seems to be trying to stay put with fiscal dharma by even resorting to the disinvestment of the state owned Life Insurance Corporation of India (LIC), only hoping that the flows to the emerging market universe would continue and international finance capital would favor India as an important destination. Even when the whole world from the USA to China has been quoting  Keynes as a way out of the downturn, the Indian policymakers seem to be lying prostrate before the temples of doctrinaire redundant classical postulates of economics.

Stagnant real growth in the economy apart, the new highs scaled by the BSE Sensex crossing 40,000 in the very same year seem to be the only reason pushing them in this direction. So much for the financialization of the Indian economy!  The government seems to be hoping against hope that a bubble-led growth might work, forgetful of the fact that 2020 might be witness to the reversal of the monetary policy by the United States, with the recent signs of recovery over there.

Post global financial crisis, though the high-end Indian corporates and financial institutions have been able to mobilize funds through the issuance of dollar bonds, that too at far favorable interest rates,  most of them have used the same towards repayment of debts incurred before. While corporates are continuing on the deleveraging phase, clearly reflected the sagging investment ratios, taking a leaf out of the various studies on fiscal multipliers, the government should have gone for scaling up capital expenditure and started a brand new story.

There have been no new plans towards recapitalization of the banks through this budget, though the limit to deposit insurance has been raised from 100,000 to 500,000 rupees. No fine print of addressing the crisis amidst the NBFCs outlined in the Economic Survey has been charted. The only sustainable solution of reassuring the health of the financial system would be to pump prime the economy by enhancing expenditure, which unfortunately the government fails to do. Only then would demand recover and the NPAs in the system decline.  Despite PPP having failed in the infrastructure sector, the same has been extended to the health and social sectors too. Though the reward of the fiscal transfer suggested by the 15th Finance Commission has been accepted, not so much its suggestions on grants.

In case, the current flows to the emerging economies again are subjected to a  2013 ( Bernanke) moment of sorts with interest rates firming up in the global economy, and if the prices of oil and other commodities firm up,  India might be staring at an unprecedented crisis of sorts. It would be too late then.