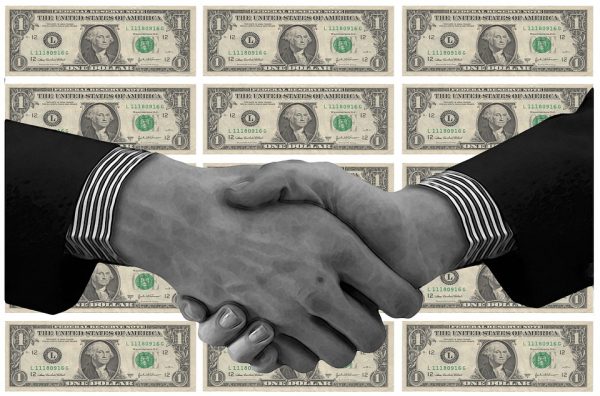 Suddenly, 40 million migrant daily-waged workers all over India hit the roads to trudge back to their home states as the first covid-19 lockdown imposed on March 25 started to stretch seemingly endlessly.

Without transport, jobs or resources, they suffered through the long spring and summer months. However, they did shift one paradigm – public attention.

A number of private and public organizations came forward to support the migrants with America-India Foundation (AIF) advancing their Learning and Migration Program (LAMP) project to help many of these unsung heroes.

They partnered with NDTV, a leading Indian TV channel that highlighted the distress of the migrants, to raise awareness and resources to complement the government’s efforts to rehabilitate migrant families through a 21-day #RebuildingLives campaign.

The  AIF-NDTV #RebuildingLives telethon “raised both awareness and $2 million in funds to provide effective and holistic rehabilitation of migrant communities in India through health, education and livelihood support.”

“Our viewers were moved by pictures of these workers risking all they have to get home,” said Prannoy Roy, NDTV Executive Co-Chairperson.

“The #RebuildingLive telethon, part of aims to serve urgent needs of migrant communities in India who have been hit hard by covid-19 induced socio-economic distress,” said AIF CEO Nishant Pandey.

“We could not have done this without you!” he said thanking donors for the overwhelming support the campaign has received both in the US and in India.

“Millions of migrant women, children and youth have been severely hit by the covid-19 induced humanitarian crisis and we have to invest in their present today to secure their future tomorrow,” said Pandey.

“We are inspired by the strength and resilience migrant families have shown. Imagine what they can achieve if we invest in their health, education and livelihoods now,” he added.

Watched live by 300 million viewers on primetime television and digital platforms worldwide, the telethon featured interviews and commentaries by key figures in the fight against COVID-19.

In moving accounts collected by AIF, the stories of various villagers have been expressed. One narration from Kutupara village, Nuapada, Odisha, described how community workers tried to force a medical examination on two migrants who fled to the jungles and had to be coaxed back.

Koyatas, or sugarcane cutters were forced to return to Dang without collecting their earnings from Bardoli in Gujarat. Ranjita, 15, was forced to drop out of school to take care of three siblings after she lost her parents.

Yet, there are some takeaways from the crisis and AIF-NDTV project is extending its helping hand to the migrants.

Roy appealed to everyone to support the campaign to prove that Indians everywhere from neighboring Bangladesh and Nepal to Europe, US and Canada, stand in solidarity with the workers.

AIF’s appeal has been to establish “continuity, retention, remediation and online learning for children.” It also supports community health workers and livelihoods, especially the young and unemployed.

To enhance its resources as well as implement the Response Strategy, the purpose of the Fund mobilization is to cultivate Emergency Relief funds, in order to alleviate the distress of migrants through food and sanitation products, or unconditional money transfers.

Supporting livelihoods and enhancing household incomes and improving public measures for community health workers (CHW) would help to advance and support their pandemic preparedness. It would also be a good shelter for communities that are among the most vulnerable.

As Melissa Fleming, UN Under Secretary-General, Global Communications, pointed out, “Migrants should thrive, not just survive.”

While they are facing homelessness, infections, hunger and death, a number of them have been pulled back from the brink by public and private organizations that opened their hearts in sympathy and collaboration.

They should be part of nation-building and sustainable societies, instead of just being allowed to fall through cracks during crisis.

If you would like to be part of the rehabilitation efforts, visit the NDTV #RebuildingLives microsite or donate through the American India Foundation COVID-19 Response Donate page.