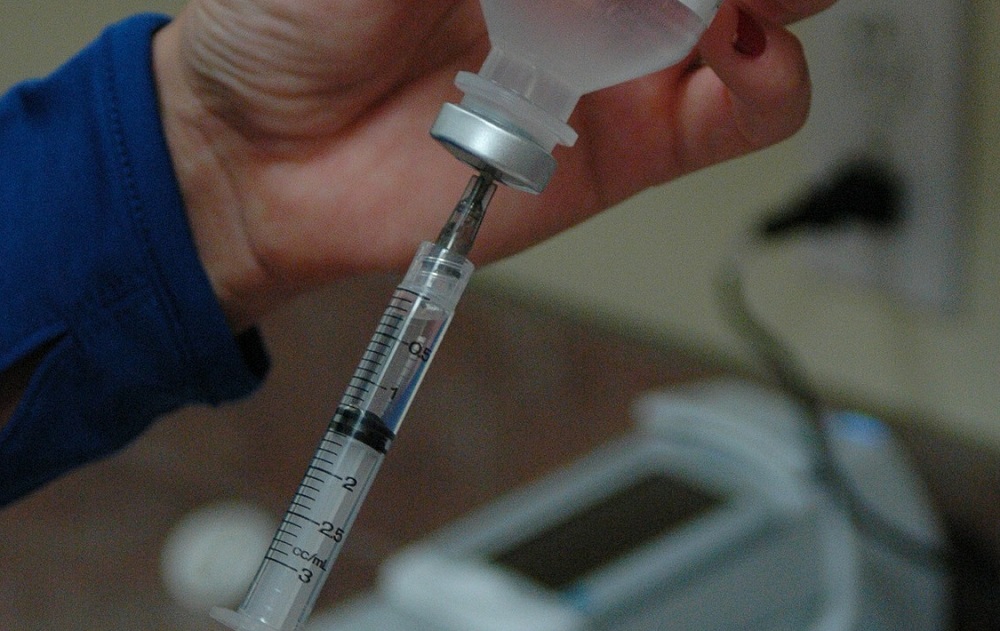 President Donald Trump has accused Democratic presidential nominee Joe Biden and his “liberal” Indian American running mate Kamala Harris of “disparaging” for political gain a coronavirus vaccine that he claims could be ready before the election.

“They’ll say anything. And it’s so dangerous for our country, what they say.” he said at a Labor Day press conference at the White House Monday. “But the vaccine will be very safe and very effective, and it will be delivered very soon.”

“First, we’ll end the pandemic,”Trump said. “Under my leadership, we’ll produce a vaccine in record time.”

“Biden and his very liberal running mate … should immediately apologize for the reckless anti-vaccine rhetoric that they are talking right now, talking about endangering lives,” he said.

Trump’s accusation came a day after Harris told CNN she “would not trust his word” on getting the vaccine. “I would trust the word of public health experts and scientists, but not Donald Trump.”

Echoing Harris, Biden suggested Trump has said “so many things that aren’t true, I’m worried if we do have a really good vaccine, people are going to be reluctant to take it. So he’s undermining public confidence.”

“And what’s happening is, all of a sudden, you’ll have this incredible vaccine, and because of that fake rhetoric — it’s a politic rhetoric; that’s all it is,” said Trump hitting back.

“Just for politics. Because now they see we’ve done an incredible job, and in speed like nobody has ever seen before,” he said. “So, contrary to all of the lies, the vaccine that they politicize” will be “very safe and very effective.”

In response to a question later, Trump repeated his charge that Biden and Harris were being “negative” for the sake of politics.

“So now what they’re saying is, ‘Oh, wow, this is bad news. President Trump is getting this vaccine in record time,’” Trump said,”And what they’re doing, because they think it is going fast.”

Training his guns at Harris again, Trump said, “But I watched Kamala’s poll numbers drop from 15 to almost zero, and then drop out even before she ran in Iowa because people didn’t like her, and I understand why.”

“She will never be President — although I have to be careful, because Obama used to say that about me. So I have to be a little bit careful,” Trump said.

“But she’s talking about disparaging a vaccine so that people don’t think the achievement was a great achievement,” Trump said.

To a question whether he was suggesting that what Biden and Harris were saying was for political purposes, Trump responded with a “Yes.”

Asked if he too was not “doing the same thing”  that  he was accusing Biden and Harris of doing, Trump said, “No, I’m saying that because we want to save a lot of lives.

“If we get the vaccine early, that’s a great thing, whether it’s politics or not,” he said.