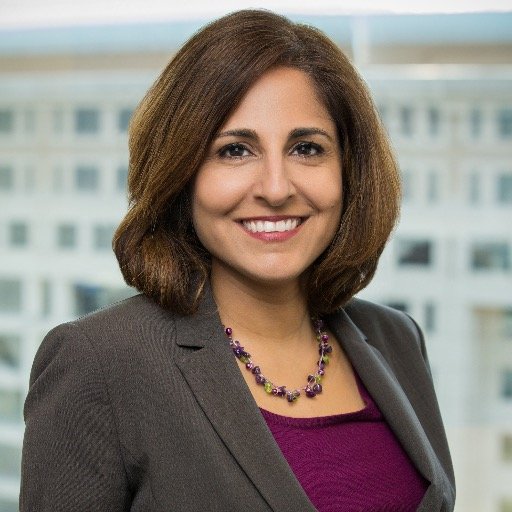 President-elect Joe Biden has brushed off Republican criticism of Neera Tanden, his Indian American nominee to lead the Office of Management and Budget, amid reports that she faces one of the toughest confirmation fights.

The opposition Republicans would look to pick a fight on some nominees “no matter what” he told the New York Times in an interview published Wednesday.

“That disqualifies almost every Republican senator and 90 percent of the administration,” Biden said noting Tanden has come under fire from some Republicans over her at-times confrontational Twitter presence.

“But by the way, she’s smart as hell. Yeah, I think they’re going to pick a couple of people just to fight [over] no matter what,” he quipped.

RELATED: Like Kamala, Neera stands on the shoulders of her Indian mother (December 2, 2020)

“Biden’s comments are an indication he will stand by Tanden, even as her nomination shapes up as one of the toughest forthcoming confirmation fights of the new administration,” Politico said

“She’s been pretty partisan in some of her previous positions and in many cases with respect to Republican senators who have to vote on her potential nomination,” Senate Republican Whip John Thune (S.D.) was quoted as saying.

Tanden has deleted critical tweets of Republican senators on Twitter, setting the stage for a tough confirmation process, CNN said suggesting in the days after the election, Tanden quietly began to delete more than 1,000 tweets from her personal account.

In one deleted tweet from August 2018, she wrote, “Trump just called a black woman a dog and about 80% of the GOP don’t think he’s racist,” adding that the “whole party needs to be defeated.”

“I fully expect to see some crocodile tears spilled on the other side of the aisle over President-elect Biden’s Cabinet nominees, but it will be very tough to take those crocodile tears seriously,” he told reporters.

Republicans are also likely to focus on Tanden’s deleted tweets regarding the Mueller investigation, CNN said.

In one deleted tweet from November 2016, Tanden suggested that hackers changed the election tally in Florida after the FBI reported Russian hackers accessed voter information.

“Why would hackers hack in unless they could change results? What’s the point?” she wrote.