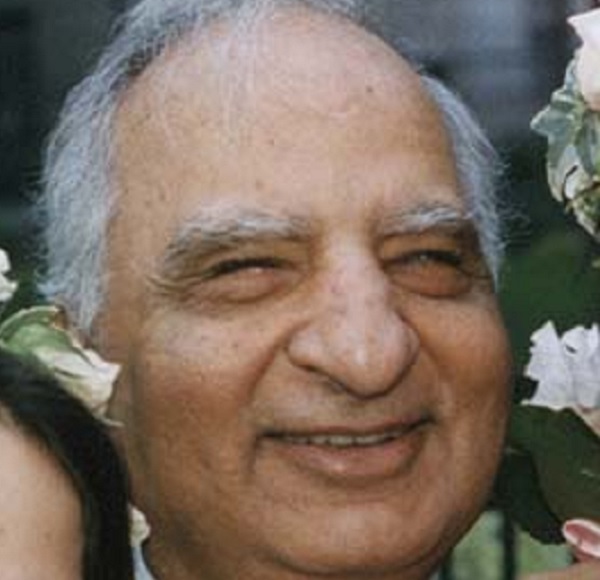 Celebrated Indian American writer Ved Mehta, who overcame blindness to provide Americans their first introduction to India through his prolific writing on a broad canvas has passed away. He was 86.

Mehta’s death at his home in Manhattan Saturday morning was announced by The New Yorker magazine, where he had been a staff writer for 33 years.

Born in pre-partition Lahore to a well-off Punjabi family, Mehta lost his sight when he was three years old, to meningitis. Sometime after, he was sent to live and study at an institution for the blind in Bombay.

Besides his multivolume memoir, published in book form between 1972 and 2004, his more than two dozen books included volumes of reportage on India, among them “Walking the Indian Streets” (1960), “Portrait of India” (1970) and “Mahatma Gandhi and His Apostles” (1977).

His book “The Ledge Between the Streams” describes his life as a blind child in the India of the nineteen-forties, as he learned to read Braille and to ride a bicycle and a horse.

“Throughout his youth and his maturity as a writer, Mehta was determined to apprehend the world around him with maximal accuracy and to describe it as best he could,” the New Yorker wrote.

“I felt that blindness was a terrible impediment, and that if only I exerted myself, and did everything my big sisters and big brother did, I could somehow become exactly like them,” he wrote.

Mehta came to the United States when he was fifteen, and attended the Arkansas School for the Blind, in Little Rock. After studying at Pomona College and Oxford University, he began to flourish in his working life as a writer.

Mehta walked the streets of the city without a cane or a seeing-eye dog, and he bristled when someone dared try to assist him, the New Yorker wrote.

Madhur Jaffrey, the Indian-born actress and cookbook author, once told Maureen Dowd, of the New York Times, that when she first met Mehta, “I tried to take his arm” to help. “He gave me a shove, and we’ve been friends ever since,” she was quoted as saying.

Mehta “explored the vast, turbulent history of modern India through the intimate lens of his own autobiography,” the New York Times wrote in its obituary.

The recipient of a MacArthur Foundation “genius grant” in 1982, Mehta was long praised by critics for his forthright, luminous prose — with its “informal elegance, diamond clarity and hypnotic power,” as The Sunday Herald of Glasgow put it in a 2005 profile cited by the Times.

“One of the most striking hallmarks of Mehta’s prose was its profusion of visual description: of the rich and varied landscapes he encountered, of the people he interviewed, of the cities he visited,” the Times said.

In the line of duty, he traversed India, Britain and the United States, including the teeming streets of New York, nearly always alone, with neither dog nor cane, it noted.

Mehta, according to the Times, explained in interviews, “the act of writing in general — and his modus operandi in particular — was a way of retaining mastery over a visual universe that had been denied him nearly all his life, a continuing project of self-location in a world bristling with image.”

What was more, he said, although he had long been part of the world of the blind, he did not wish to write as if that community were his exclusive province.

Many of his nonautobiographical books, including “Walking the Indian Streets,” made no mention of his blindness and read as if their author had witnessed firsthand the sights he described — a stance rooted in what he called “my determination to write as if I could see.”

Nor did he allow his blindness to be invoked by his publishers in most promotional materials, the Times noted.

His bibliography also includes the nonfiction titles “Fly and the Fly-Bottle: Encounters With British Intellectuals” (1963); “The New Theologian” (1966); and “John Is Easy to Please” (1971), about linguistics; as well as a comic novel, “Delinquent Chacha” (1967).

The author of books on Indian politics, including “A Family Affair: India under Three Prime Ministers”, Mehta was a critic of both Prime Ministers Indira Gandhi and Narendra Modi.

In his book, “The New India”, he exposed Gandhi’s Emergency when civil rights were crushed and the media censored, while leaders opposing her were jailed.

“There is a sense of looming calamity here, a sense of danger,” he wrote of India under Gandhi’s emergency rule, but concluded that her defeat in the 1977 elections was “the most hopeful sign in recent years for the growth of democracy in a poor country”.

At the 2014 Jaipur Literary Festival just before Modi’s election, he said that if he were to come into office, it “will be a great danger to India because of his thinking differentiating between Hindus and Muslims”.

The fifth of the seven children of Amolak Ram Mehta, a physician, and the former Shanti Mehra, Ved Parkash Mehta married Linn F. C. Cary, a great-great-great-granddaughter of James Fenimore Cooper, in 1983.

She survives him, along with their two daughters, Sage Mehta Robinson and Dr. Natasha Mehta; his sisters, Promila Mehrotra and Urmila Singh; and two grandchildren.