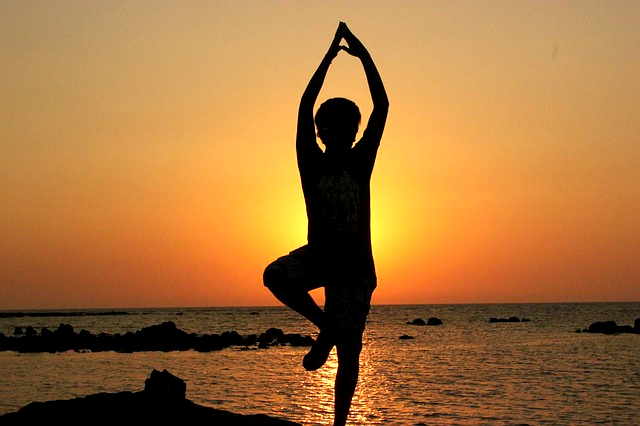 Ending a near 30-year ban, Alabama will allow public schools to offer yoga as an elective for grades K-12, but with a lot of restrictions on how it’s taught.

Students won’t be allowed to say, “Namaste,” for instance. Meditation is also not allowed under a bill signed by Governor Kay Ivey, NPR reported.

“Chanting, mantras, mudras, use of mandalas, induction of hypnotic states, guided imagery, and namaste greetings shall be expressly prohibited,” the bill states.

It also requires English names be used for all poses and exercises. And before any students try a tree pose, they’ll need a parent’s permission slip.

Backed by Christian conservatives who say yoga would open the door for people to be converted to Hinduism, Alabama adopted its yoga ban in schools in 1993.

Democrat State Rep. Jeremy Gray first introduced a bill to revoke the yoga taboo more than a year ago. His new bill got final approval Monday — the last day of the legislative session.

Gray, according to NPR member station WBHM,”did not like language added by the Senate that required parental permission slips and bans meditation associated with Eastern mystical traditions, but he went along with them to avoid missing the session deadline.”

Gray has said his experience with yoga began when he played college football at North Carolina State University, NPR said.

Describing yoga’s potential benefits, Gray said in March, “Studies have shown that yoga helps children cope with daily stressors” and improves their behavior, flexibility and strength, along with their concentration.

The pro-yoga legislation was opposed by conservative groups, including former state Chief Justice Roy Moore’s Foundation for Moral Law, and the Alabama chapter of the Eagle Forum, a conservative group that was founded by activist Phyllis Schlafly in 1972.

“Yoga is a practice of Hindu religion,” the Eagle Forum of Alabama said in an email that urged maintaining the ban, NPR said.

It added, “Religious practice in the school’s constitutes a violation of the establishment clause of the 1st Amendment as public schools cannot promote the practice or ideology of religion.”

The group also alleges that each yoga pose was designed not as an exercise but to “be an offering of worship” to Hindu gods.

The Universal Society of Hinduism disagrees, according to NPR. It calls yoga part of the world’s heritage, in a statement applauding Alabama lawmakers for voting to lift the yoga ban.

“Alabamans should not to be scared of yoga at all,” said Rajan Zed, the society’s leader, promising yoga will benefit the state’s students. Saying many yoga practitioners are not Hindu, he added that “traditionally Hinduism was not into proselytizing.”

Despite the new law’s limitations on how yoga is practiced, news that the ban is now being lifted received a welcome.

According to veteran statehouse reporter Brian Lyman of the Montgomery Advertiser, the yoga ban’s demise represents the end of “one of the stupidest moral panics in Alabama history, which is really saying a lot.”

World’s first yoga university outside India launched in US (June 24, 2020)