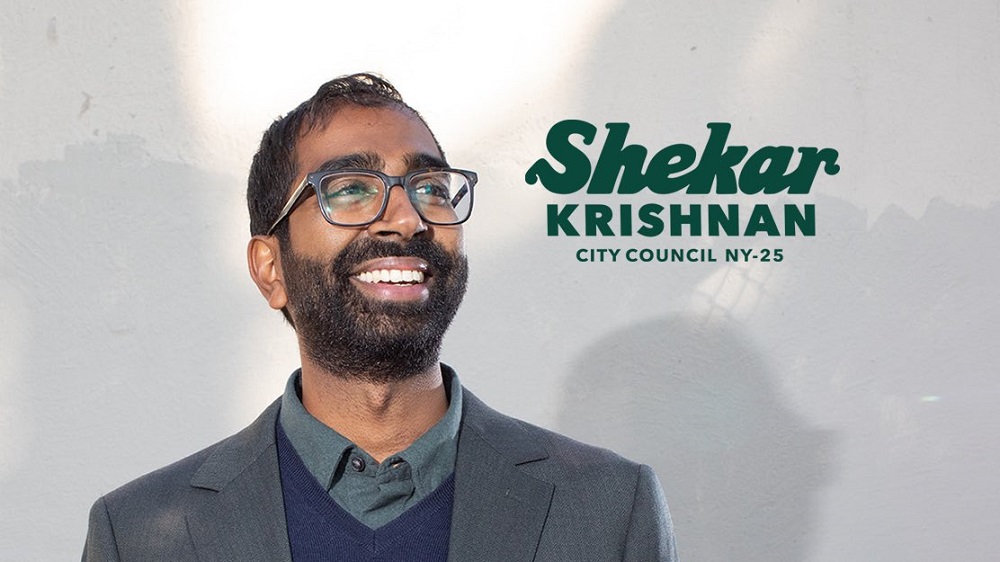 Krishnan generated 30.8 percent of first place ballot votes in the race to replace term-limited council member Daniel Dromm in
the district spanning parts of Jackson Heights and Elmhurst, according to local Sunny Side Post.

If Krishnan, who is backed by Dromm, finally wins Tuesday’s primary he is all but certain to win the November election, because of the district’s heavy Democrat leanings. In that case, he could also become the first South Asian elected to New York City Council.

Candidates Alfonso Quiroz, Fatima Baryab and and Liliana Melo each brought in about 10 percent of first choice votes, with 89.13 percent of scanners reported.

The results, which are unofficial, are based on in-person votes counted from early voting and Election Day, according to the NYC Board of Elections. They do not include absentee and affidavit ballots.

Krishnan has not declared victory, although he is confident that the results will hold, the Post said.

“We have come to the end of this remarkable Election Day and we are feeling very confident in the results,” Krishnan said in a statement Tuesday night.

“Thank you to everyone who supported me. Thank you to those who spoke with their neighbors, who petitioned, canvassed and phone banked, and who help spread the word in any way the could.”

Krishnan entered the race as a favorite, having garnered the endorsements of a number of elected officials, including Assembly members Catalina Cruz and Emily Gallagher, as well as State Senators John Liu and Julia Salazar, plus Council Members Justin Brannan and Carlina Rivera.

Chen had narrowly outspent the other candidates in the race, spending $135,267, according to the last campaign finance disclosure report on June 11. That was followed by Krishnan at $134,452, and Tran at $133,467, the Post said.

The district is also known for having many first- and second-generation immigrants, including large Ecuadorian, Colombian, Nepali, Indian and Bangladeshi populations.

Borough-wide, more languages are spoken in Queens than in any other place on Earth, and about 47% of the population is foreign-born.