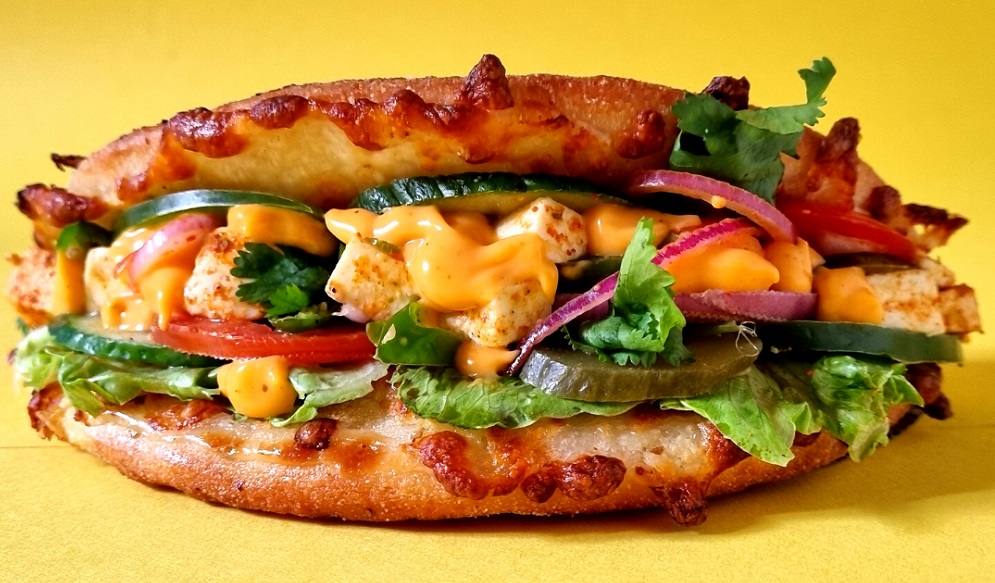 There is something about food trends that manages to connect people across countries and continents. A few years ago, after Kim Kardashian famously craved for cronuts (a doughnut inspired by a croissant) in an episode of Keeping Up With the Kardashians, admitting that she had never tasted it before, the dessert became a rage in India’s metro cities.

Deep-dish pizza, a Chicago staple followed a similar route and now the latest food trend to fascinate the millennials in cosmopolitan India is a crustwich, already a popular snack in big US cities such as New York.

But what exactly is a crustwich? Delhi based Ashwin Jain, director of food brand MoonMoon that has introduced crustwich in India says, “Think saucy, cheesy, oven-baked sandwiches folded over into a pillowy half-moon of crusty garlic bread, filled with premium meats and veggies, and you’ll be on the right track.”

As is suggested by the name, a crustwich is a sandwich, wrapped in a crusty, pita like bread are fillings comprising chicken, lettuce, olives, tomatoes, mushrooms etc. A big city favorite, a crustwich has a global fan following, simply due to the ease and its easy to please options.

Especially in a pandemic-ridden world, food trends that promise the convenience of grab and go options while being filling and gratifying, a crustwich fills in all the checklists.

21-year-old, Mansi Sen who recently traveled to the US to pursue her masters at South Carolina says, “Traveling during the pandemic is a nightmare and eating airline food is a risk. So, I packed a couple of crustwiches with me to sustain me during my long travel. And yes, it was a great and easy dish to carry while traveling. Honestly, I felt I was already in America!”

Chef Akanksha Dean thinks that while crustwich has a global appeal, it can definitely do well in India. Talking to the American Bazaar, she says, “If you look at some of the popular global foods, they have many elements that can appeal to people coming from varying eating cultures.”

“Take for instance pizza – its choice of toppings makes it easy to appeal to large demography of people. Also, interestingly, every part of the world has re-invented pizza in accordance with their taste and ingredient availability.”

“The crustwich has the same potential – it has a hearty filling that can range from a meat of your choice, prepped in a range of options from peri-peri to Asian hawker style, it’s full of healthy salad leaves and veggies, topped with sauces and wrapped in a big bread which is a cross between a pita and a crusty bread – so in my opinion this one big meal can win hearts of many with varying taste preferences,” adds Dean.

On the versatility of the crustwich introduced by him at Delhi based Moon Moon, Jain says, “The choices can be as diverse as the universe, and the flavor profiles can span the globe – from full-on Desi to slamming American, from subtle Italian to spicy southeast Asian.”

And this we think is the unique selling point of this juicy bit of food surprise wowing the foodies across India!