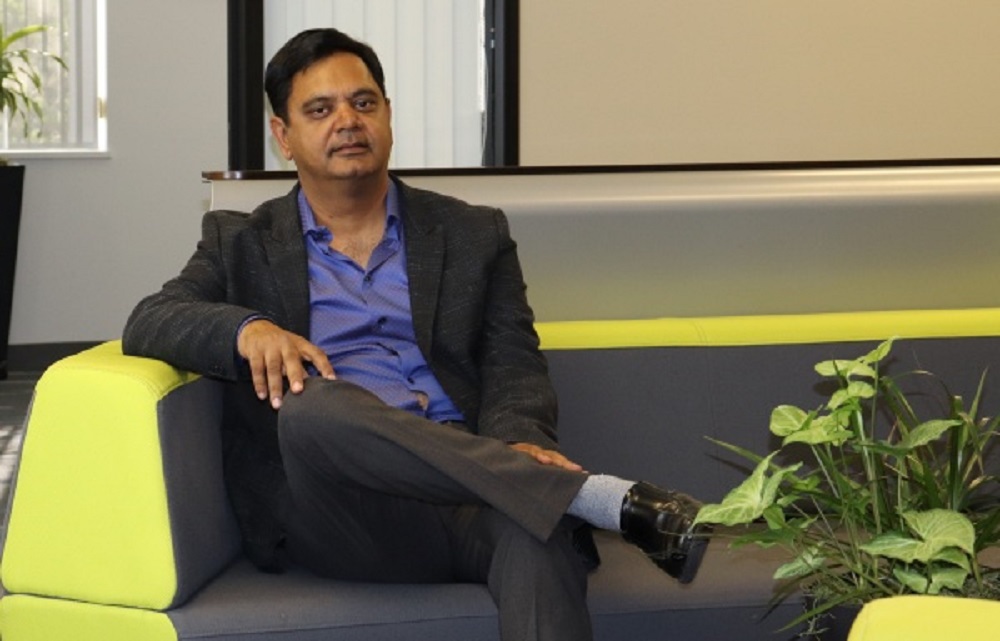 India’s biggest asset is their ‘talent pool’, but it’s not doing justice to all, says MetricStream’s Indian American Executive Chairman

(Editor’s note: This is the third piece in a series profiling Indian American CEOs.)

Gunjan Sinha was in Tokyo’s tallest tower on Sept. 9, 2011. Fearing hits on Japan too, Sinha was rushed downstairs and remained trapped in Tokyo for seven days after the infamous terrorist attacks on the United States.

‘9/11’ showed Sinha that “Risk cannot be ignored. Systems need to be put in place to manage risk.” So, despite the trauma he faced, being the quintessential entrepreneur that he is, Sinha founded MetricStream.

Sinha tells the story to highlight the idea that successful companies are “born from necessity.” However, it is important to remember that “Observation starts well before the idea is born.”

MetricStream only fully formed as an idea a year and a half after 9/11. Sinha has made several other successful corporations and exits, but he credits that success to patience.

Specifically, he is “more driven by what he can get passionate about rather than reset timing.” To Sinha, an idea has to hold ground and stick with him for a while before he can pursue it.

Companies are not built overnight and are not only to be carefully thought through, but also must be things that the entrepreneur is proud of, says the Palo Alto, California, resident.

Success is not determined in absolute terms. To Sinha, neither income nor outcome mattered; instead, one should ask themselves how they truly feel about their creation.

Sinha, who hails from Ranchi, India, emphasizes the idea that “if you don’t feel good about what you have created, you have to aspire to get to a point where you do.”

Even his first venture didn’t work out, he recalls, but “You don’t have to hit every shot into the goal. As long as you’re taking the shots, you are fine.”

Though Sinha is highly successful, even by traditional measurements of success, what stands out the most is his true passion and a desire for his companies to leave an impact on others.

Sinha’s answer about India and the gaps in their corporate may be worth emulating by every successful business leader.

India’s biggest asset is their ‘talent pool’, he says. However, the subcontinent is “Far from a place where society is doing justice to each and every individual.”

Therefore, to him, “Anything you can do to give more strength to the talent pool and get them more connected to global opportunities and education, will be very very well received.”

There are millions among India’s billion plus people who aren’t beneficiaries of the global economy and innovation. In a bid to make this wrong right, Sinha has joined the board of Roshni, a school for underprivileged girls.

At the same time, it is important to Sinha that he is also empowering his own children, specifically his daughter.

A strong advocate for diversity and inclusion in the corporate space, he applauds the companies which are hiring chief diversity officers and adding more females to their boards.

He has started OpenGrowth Ventures, “An open community of change makers, technologists, entrepreneurs, developers and media professionals who are determined to work together to solve societal issues.”

His business partner, Shellye Archambeau, has written a book which gives women the tools and confidence to be “Unapologetically Ambitious,” as its title so aptly puts it.

Thus, Sinha’s advice to his daughter as well as all the girls and women looking to breakthrough in a male dominated America, is to forge forward.

“Men are used to a certain environment,” says Sinha. “We do need some governance to get diversity and inclusion. A real voice in organizations.”

Luckily, as more women emerge, the dynamic will change. The problem is “less about men and more about the social structure and equal opportunity we provide for everyone.”

To everyone itching to make their ideas come to life, Sinha suggests, “Just go build something. Don’t try to strategize or acquire all the skills. Don’t wait for the perfect time because the best education is learning by doing.”

In fact, Sinha believes in ‘doing’ so strongly that he repeats, “If I were in your shoes I would be learning by doing. Not by reading.”

“By that same sentiment, don’t make excuses for not doing because of something holding you back in another aspect of your life.”

Sinha insists that the idea of work life balance is antiquated. Instead, we should have the mindset of “work-life integration.”

“Once we start to recognize that our professional lessons can be used in our personal lives and vice versa, that’s what will “fuel learning.”

“Have a growth mindset; take advantage of every opportunity and lesson in every aspect of your life,” he says.

“Let the world change you!” is Sinha’s own favorite motto. “Most of us aspire to change the world through our entrepreneurial ventures,” he says.

“I personally believe that even more personal is when you let the world change you – so you start to learn and grow as an entrepreneur while driving social and business impact.”