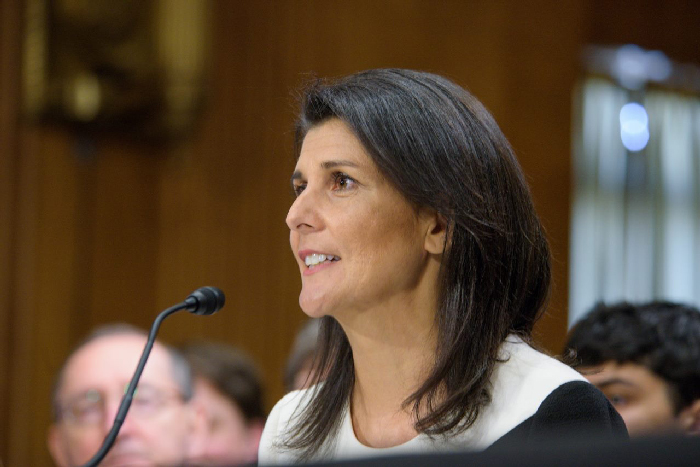 Watch China’s moves in Afghanistan to use Pakistan to go against India, warns Indian American leader

Indian American Republican leader Nikki Haley has asked President Joe Biden to accept responsibility for the “embarrassing, humiliating situation” in Afghanistan and reassure India and other key foreign allies that the US has their back.

Biden’s approach to wrapping up US presence in Afghanistan has caused bad blood between him, American soldiers and foreign friends, Haley who served as US ambassador to UN under former President Donald Trump told Fox News Tuesday.

“You couldn’t ask for a more embarrassing, humiliating situation than what we have right now,” said the first Indian American to get cabinet rank in a US presidential administration.

Read: Nikki Haley: US completely surrendered to the Taliban (August 23, 2021)

“The world is definitely a more dangerous place. Just because we’re out of Afghanistan doesn’t mean this war is over.”

Haley suggested the best next steps for Biden would be to quit pointing fingers at Trump, take responsibility for what’s already been done and start connecting with foreign allies “immediately.”

“Whether it’s Ukraine, whether it’s Israel, whether it’s India, Australia, Japan, all of them, and reassure them that we will have their back and that we need them as well,” she said.

The president should also back a global anti-terrorist movement as terror groups are more likely to launch heavy recruitment campaigns around the world, according to Haley.

This should include an extra focus on cyber security against Russian hackers and a close eye on China who could be pursuing Bagram Air Base, she said.

“We need to watch China because I think you are going to see China make a move for Bagram Air Force Base,” Haley said. “I think they are also making a move in Afghanistan and trying to use Pakistan to get stronger to go against India. So, we have got a lot of issues.”

“The biggest thing he can do is strengthen our allies, strengthen those relationships, modernize our military and make sure we’re prepared for the cyber crimes and the terrorist crimes that are headed our way.”

She called Biden a “lame duck” president, reacting to his address confirming America’s withdrawal of troops from Afghanistan ahead of the Aug. 31 deadline.

“It was pretty clear that by the end of that speech that President Biden gave it was the beginning of the lame-duck presidency,” she said.

Haley suggested how clear of a failure the operation turned out to be as Afghani Jihadists celebrated America’s exit and acquired billions of dollars worth of military equipment as a “housewarming present.”