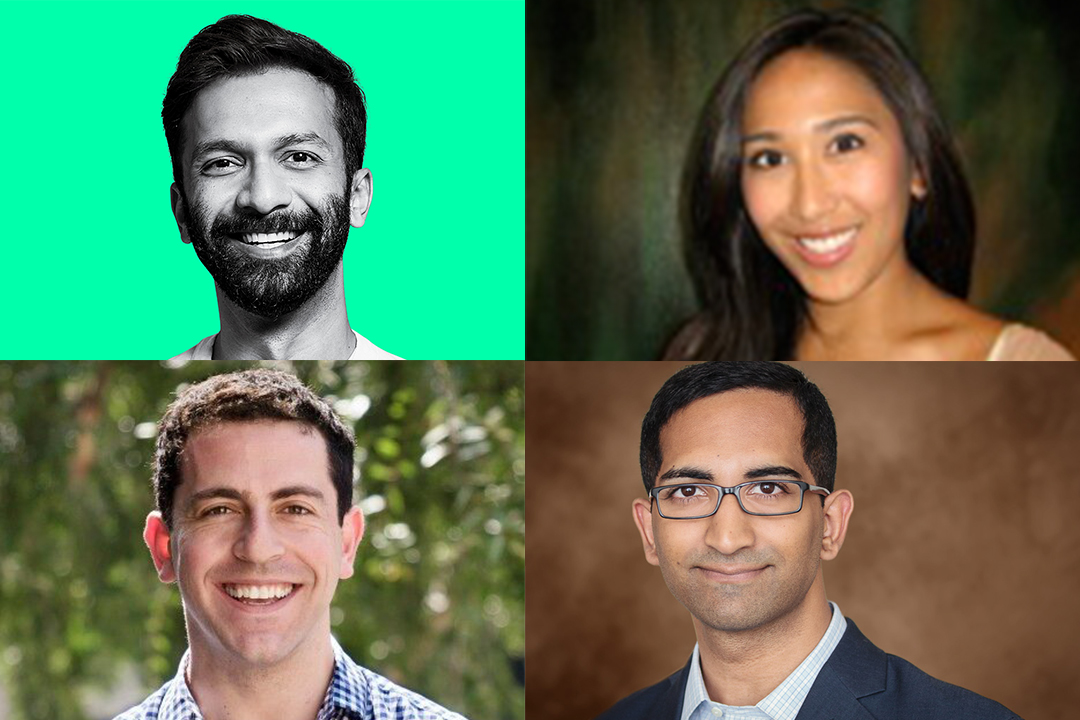 From suicide prevention among young queer to a new social media startup, they are shaping the pandemic experience

Four Indian Americans have made the cut for Fortune magazine’s 2021 list of 40 under 40 entrepreneurs, influencers, creators, executives, and game changers “who have shaped the global pandemic experience.”

Noting that “it’s been a monumental year of change in everything from the way we work and travel to how we buy groceries and invest our savings,” the influential business magazine says this year’s list highlights those who “are paving the way for what comes next.”

Of the four Indian Americans, Young America’s Foundation’s Raj Kannappan, 30, is responsible for promoting conservative free-market principles among college students around the US, according to Fortune.

The Trevor Project led by Amit Paley, 39, has since 1998 worked to prevent suicide among young queer people via a hotline dedicated just to LGBTQ youth, Fortune notes.

As COO of Investment Banking Division, Goldman Sachs, Akila Raman, 39, is at the heart of the action in a record year of dealmaking and mergers and acquisitions (M&A).

Clubhouse Cofounder Rohan Seth, 37, has been going nonstop since early 2020 with his social media startup that’s a cross between talk radio and a group chat, says Fortune.

As director of the Center for Entrepreneurship & Free Enterprise at Young America’s Foundation, Raj Kannappan is responsible for promoting conservative free-market principles among college students around the US, according to Fortune.

With a presence on more than 2,000 college and high school campuses, and nearly $100 million in assets, the group has been quietly funding and supporting campus Republican groups, it says.

They are bringing speakers to colleges, and promoting messages of fiscal and social conservatism historically tied to President Ronald Reagan and William F. Buckley.

Kannappan and YAF are also exerting their influence on the legal system. The group has been filing lawsuits against colleges that bar right-wing speakers from campus.

A recent lawsuit against the University of Florida, which repeatedly refused to use school funds to pay speaker fees for controversial Republicans, resulted in the university settling with conservative students for $66,000 and changing its free-speech rules.

Lesbian, gay, and bisexual youth are more than four times as likely to consider suicide as their straight peers. Since 1998, the Trevor Project has worked to prevent suicide among young queer people via a hotline dedicated just to LGBTQ youth, Fortune notes.

And since 2017, when Amit Paley took the reins as CEO of the nonprofit, the organization has dramatically increased the number of young people receiving support.

Through a focus on innovation, technology, and research in the understudied field of LGBTQ youth mental health, Paley has expanded the number of staff working to help this vulnerable group and quadrupled the number of youth in crisis the organization serves each month.

He told Fortune that being involved in the mental health space at large helps him advocate for LGBTQ youth and their specific needs.

The Trevor Project also takes that advocacy seriously at the government level, working to end conversion therapy, oppose anti-transgender legislation, and establish “988” as the number Americans can call (starting next summer) to reach their Suicide Prevention Lifeline.

Since Covid took hold of the world, Paley took the Trevor Project entirely remote for the first time, while dealing with nearly double the volume of calls pre-pandemic.

Many LGBTQ youth, who make up a disproportionate 40% of homeless youth, are stuck in situations that worsen their mental health, like living in homeless shelters or spending more time at home with unsupportive or abusive parents.

During the pandemic, Paley also led the organization in continuing its long-held commitment to intersectional activism, supporting queer Black, Asian American, and Pacific Islander youth during the outrage over George Floyd’s death and racist attacks on those in the AAPI community.

Dealmaking and M&A have had a record year—and Akila Raman is at the heart of the action, notes Fortune. Promoted in early February, Raman runs operational strategy for the global investment bank.

She’s currently focused on international expansion and growth in new products like ESG. Having started as an intern in 2003, Raman spent most of her time with natural resources companies in sectors such as energy, power, and metals.

She has also prioritized using technology and automation to streamline the workflow and relieve stress among the Goldman investment bankers she oversees.

As the daughter of Indian and Korean immigrants, Raman hasn’t seen many people who look like her on Wall Street, and she’s spent years mentoring women and people of color—not just at Goldman but across the industry. “Whenever I leave this place and career, that will be a really cool legacy,” she says.

Rohan Seth’s combination of product and tech chops coupled with an entrepreneurial drive helped get him on Fortune’s annual 40 Under 40 list, according top the business magazine

Since early 2020 when he cofounded Clubhouse, a social media startup that’s a cross between talk radio and a group chat, he’s helping steer one of the most talked-about consumer apps in recent years at a crucial time in its history.

When the coronavirus pandemic forced people to stay home, the service exploded in popularity. Millions downloaded the app to listen to luminaries like rapper MC Hammer and Tesla CEO Elon Musk.

As an engineering lead at Clubhouse, Seth is responsible for ensuring the app can handle the huge influx of users, the magazine says.

In 2019, Seth created the Lydian Accelerator, a health care nonprofit named after his daughter Lydia that is focused on discovering treatments for rare genetic disorders.

Lydian Accelerator’s goal is to uncover the medical treatments that traditional pharmaceutical giants may ignore because of their rarity.