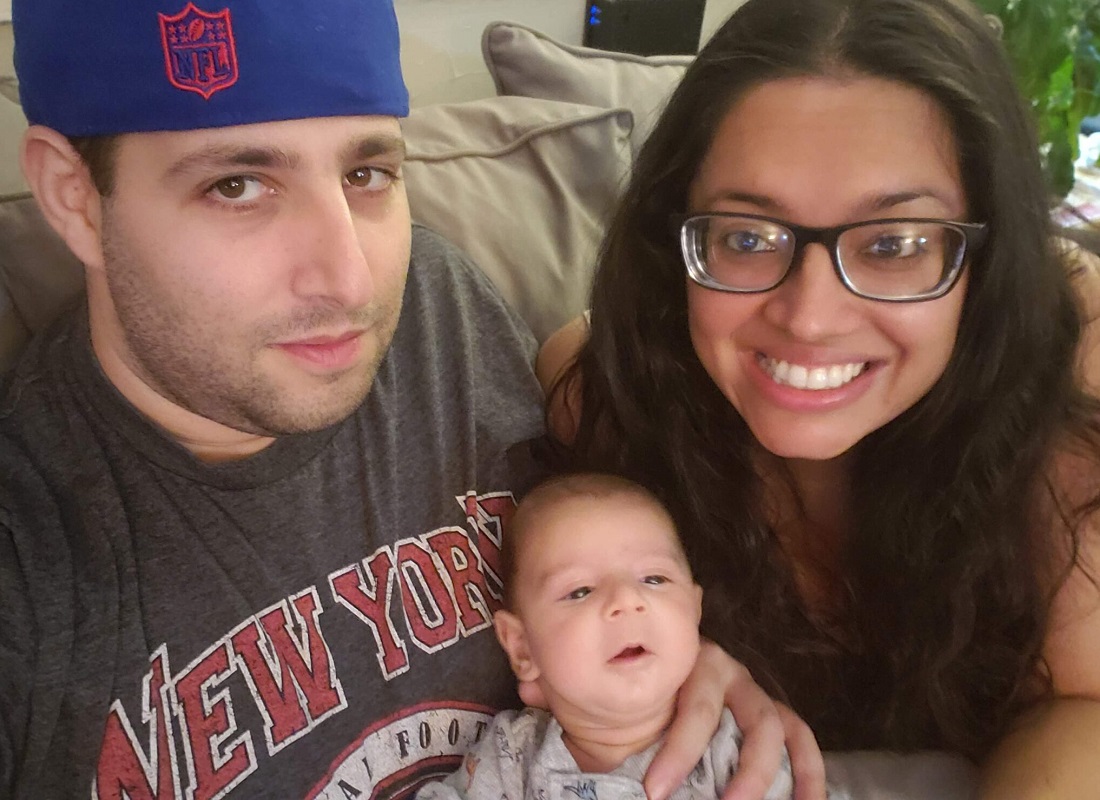 For New York based activist and lawyer Gurjot Jo Kaur and her husband Richard DiGeorge the past few months have been nothing short of a nightmare.

Late last year, their 15-month-old son was diagnosed with Cockayayne Syndrome – a rare neurodegenerative disorder in kids that is fatal and has no known cure.

While overwhelmed with grief, the lawyer took it upon herself to try everything possible to set up research and find a cure to treat her son and other kids whose lives are short-circuited by this fatal illness.

With the help of scientists and public donations, parents have been able to launch Riaan Research Initiative, a 501(c)(3) non-profit organization, dedicated to promoting and furthering scientific research to advance treatments for severe and life-limiting genetic disorders among kids.

And now, in a breakthrough move, University of Massachusetts Chan Medical School and Riaan Research Initiative have entered into a historic agreement to fund, research, and develop a gene replacement therapy to combat Cockayne syndrome, a fatal autosomal, recessive disorder.

The research will be led by Ana Rita Batista, PhD, instructor in neurology and Miguel Sena-Esteves, PhD, associate professor of neurology.

Riaan Research Initiative, the first research organization to accelerate the development of treatments for Cockayne syndrome, will fully fund the medical school’s pre-clinical work, which will include the hiring of two post-doctoral research fellows.

“This work is an urgent labor of love, and was inspired by our beautiful 21 month old son, Riaan, who has been diagnosed with the most severe form of Cockayne syndrome,” said Jo Kaur, Founder of Riaan Research Initiative.

“Not long after Riaan was diagnosed, we were fortunate to be connected to Terence R. Flotte, MD, the Celia and Isaac Haidak Professor of Medical Education, executive deputy chancellor, provost and dean of the T. H. Chan School of Medicine, whose lab had begun the foundational research into treating this disease utilizing gene therapy.”

“We hope to carry this work to the finish line and are honored to partner with the exceptional team of gene therapy scientists at the medical school,” Kaur said.

“We are also grateful to Cockayne syndrome experts from around the world, and members of our Scientific Advisory Board who have provided valuable input to give us our best shot at developing a therapy,”

Cockayne syndrome, first identified in 1936, and impacting a few hundred children around the world, is primarily caused by mutations in genes CSA and CSB, which are responsible for the body’s DNA repair and transcription process.

Kaur has also been a very vocal supporter of black rights and civil liberties movements in the country. She was the primary drafter of the country’s first legal enforcement guidance issued by a government agency on the rights of black people to maintain different hairstyles at work.