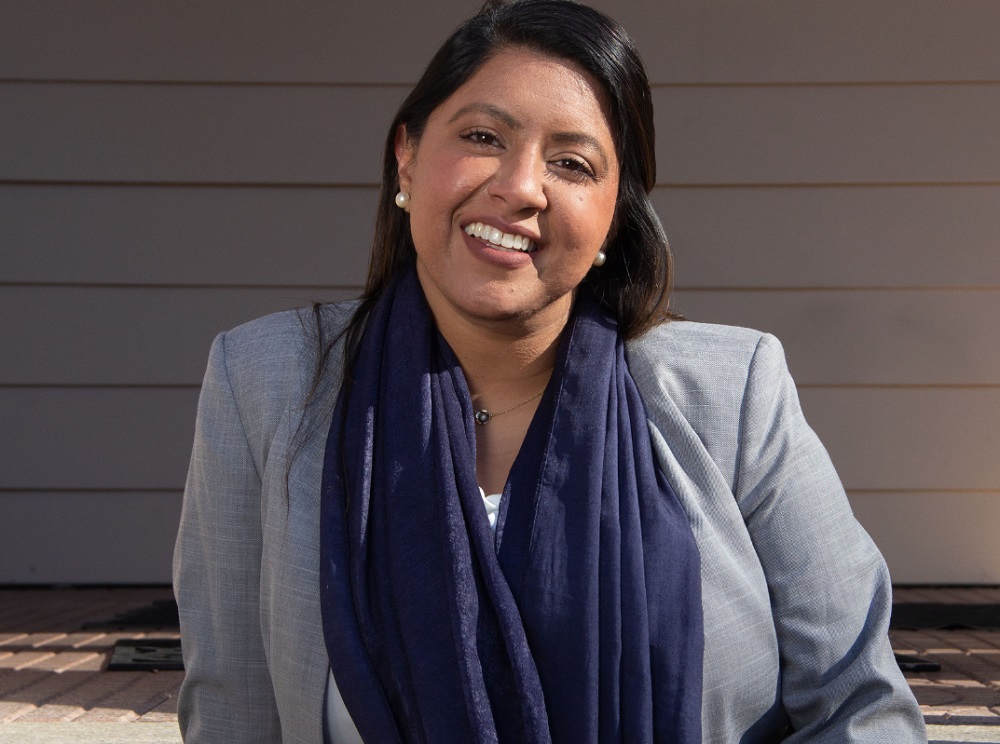 Felicia Singh, the first Guyanese and Punjabi person to win the Democratic Party primary in Queens Council District 32, is joining the battle for the prestigious seat to center equity and justice in the community.

She will square off with Queens Republican Party Chairwoman Joann Ariola on Nov. 2 in the district which includes parts of the Rockaway peninsula, Howard Beach, Belle Harbor, Woodhaven, and South Ozone Park. Kenichi Wilson, chair of Queens Community Board 9, is also running on the Community First line.

The growing South Asian and Indo-Caribbean population in the district has been largely excluded from local politics, Singh, a teacher told the local City Limits, and has not benefited from the status quo.

“A lot of our community members have felt erased in the way that they’ve received services from the city,” she was quoted as saying.

“The thing that I envision the most about winning this election and what I hope we’re able to give back to our community is centering equity and justice in District 32.”

The election for District 32, one of the most contentious races on the November general election ballot, is set to be “historic.”

“No matter what the outcome is in the 32nd, a woman will be going from the 32nd to City Hall,” Ariola, who is from Howard Beach, told City Limits.

“I’m running in one of the most competitive general elections in the city,” Singh, who has netted endorsements from both the New York Working Families Party, the Sunrise Movement, and many labor unions, was quoted as saying in a recent interview.

“In fact, it’s probably more competitive than the mayoral election.”

Democrats still heavily outnumber Republicans in Queens, with 807,187 active members across the borough.

And Singh, a lifelong resident of Ozone Park who would be the first South Asian representative in the Council, has pulled in more in contributions, campaign finance records show, with $74,965. Ariola has raised $43,231.

Several weeks ahead of the start of early voting, both candidates said they are focused on what is at stake: An ethnically and culturally diverse district, one uniquely vulnerable to the accelerating impacts of climate change. Affordable housing, education, infrastructure and resiliency are critical voter concerns, both agreed, according to City Limits.

The two lifelong residents of the district differ on their priorities, however.

Singh has backed reallocating at least $1 billion from the NYPD, money to be redistributed to “social services, youth development, and ensuring every person has a safe and dignified place to live.”

Ariola, on the other hand, said that public safety is one of the most important issues facing the district.

“One of the other differences between my opponent and myself, is that I’m more community-based and motivated when choosing a position on a particular issue, where my opponent really kind of follows the leader on the movement,” she said.

Ariola has also criticized Singh’s support of extending municipal voting privileges to lawful permanent residents who live in the city, calling Singh, who testified in support of the measure, a “radical.”

“Voting is a sacred right that must remain tied to citizenship,” Ariola said in a Sept. 21 press release. “This bill would chip away at the value of citizenship and the incentive for new Americans to make the commitment to become citizens. Not surprisingly, my radical opponent wants this and testified in favor of it in the Council hearing.”

“What’s heartbreaking about what my opponent said about non-citizens, and calling me a ‘radical,’ is that she goes to spaces where non-citizens celebrate, and pray, and live and have small businesses,” Singh said.

“And she asks them for their vote. And that is heartbreaking to me, and actually disrespectful, because now she’s calling me a radical for wanting those same people to support her, to be able to participate in municipal elections. So it’s ironic and hypocritical.”

“I’m the first Guyanese and Punjabi person to win the Democratic primary for City Council,” Singh added. “Our communities have run before but we’ve never won a primary. This is a really huge race in so many ways.”