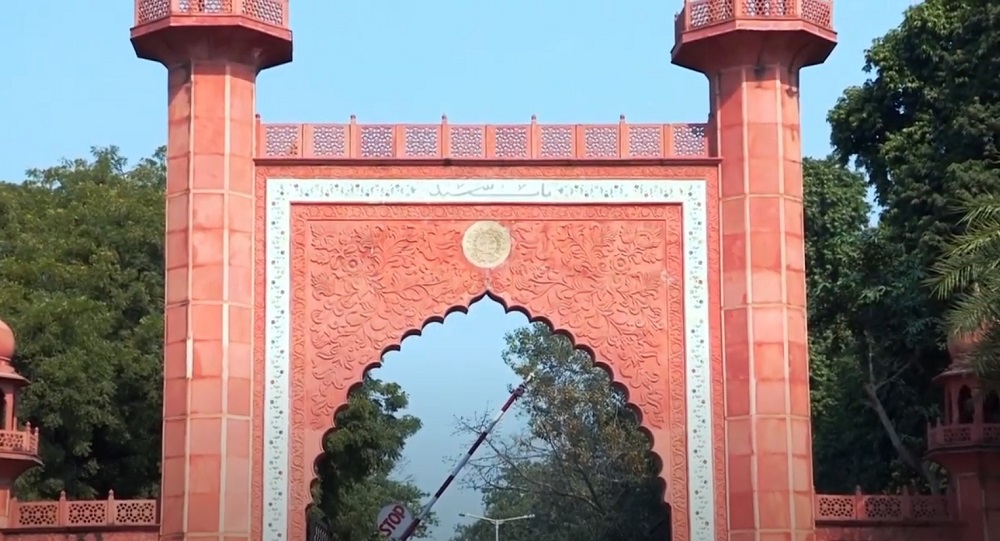 Noted character artist Saleem Shah of Sarfarosh fame turned his living room in Mumbai, India, into a temporary set straight out of 19th century to transport a mesmerized audience sitting thousands of miles away in Chicago, as he played a 40-minute soliloquy of Sir Syed Ahmed Khan.

The occasion was Sir Syed Day celebrations organized by the Alumni Association of Greater Chicago.

Sir Syed Ahmed Khan, a 19th century educationist, reformer and philosopher, is credited with establishing the Muhammadan Anglo-Oriental College in 1875, which came to be known today as the Aligarh Muslim University (AMU).

Thousands of AMU alumni, spread across the United States in diverse professions and fields, mark the day with celebrations organized by various chapters of AMU alumni associations.

The Chicago chapter of AMU Alumni Association marked the 204th birth anniversary of the founder by organizing a Zoom celebration, attended by patrons, alumni and their families across the globe.

The main attraction of the celebration was Shah’s soliloquy.

Talking to the American Bazaar on a phone call from his Mumbai home, Shah, a stage and screen artist, said, “When the AMU alumni association approached me to present something on their Sir Syed Day, I decided to do a 40-minute live soliloquy of Sir Syed, written and directed by Dr. M Sayeed Alam.”

Shah’s association with the university’s dramatics team is not new. An AMU alumnus, Shah did his mechanical engineering from Zakir Husain Engineering College at the university. His love for stage and performance took roots when he was the secretary of AMU Drama Club back in the early 1980s. “I am still associated with my alma mater as an alumni guest during various occasions,” he said.

Talking about his performance, the soliloquy, he said, “It starts on the intervening night of 16th and 17th October 1895 where Sir Syed Ahmed is in his last years. He died in 1898. At the moment he is writing a letter to Aligarians and it is in this manner that he covers his favorite topics, anecdotes, advice to AMU fraternity, the difficulties he faced all his life for the sake of establishing AMU. It also talks about the ghadar of 1857. He talks of his unfulfilled desire to migrate to “Misr”, modern day Egypt. He was accused of blasphemy by Muslims and of favoritism of his religion by Hindus. He compared Hindus and Muslims as the two eyes of a bride called Hindustan.”

Shah said that it was heartening to see the alumni of the university spread across the globe still taking an active interest in India’s glorious past and the philosophers who shaped many moments in the history of the country.