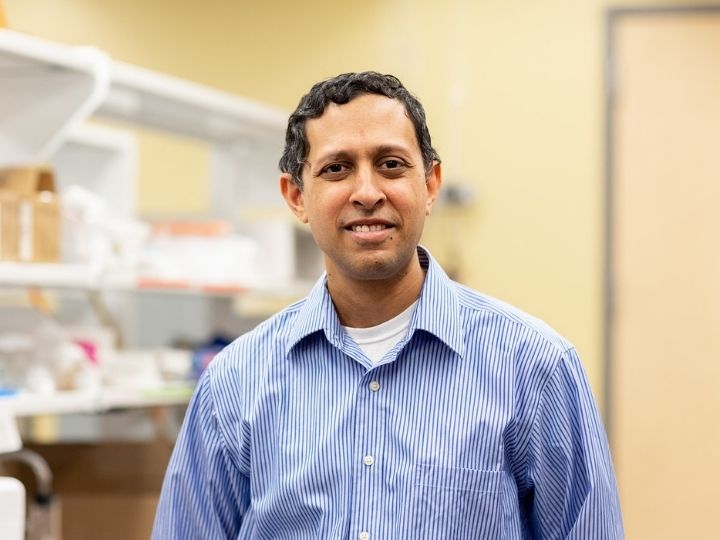 Navin Varadarajan will use a $1.8 million grant to develop transformative technology

Varadarajan will use a $1.8 million grant from the National Institute of General Medical Sciences to develop and validate what he calls Multiscale Intelligent Convergence (MusIC), according to a university press release.

MusIC will integrate advances in molecular profiling, dynamic cellular imaging and artificial intelligence (AI) to offer unprecedented insights into the function of immune cells being prepared for immunotherapy.

“MusIC will provide multi-scale data from molecules to subcellular dynamics to cell-cell interaction biology on the same cells across thousands of cells,” said Varadarjan.

“Given the heterogeneity in the composition of cells being used for ACT, it serves as the ideal system for the development and validation of MusIC. By validating it directly on patient samples, we will be able to identify attributes of cells essential for patient benefit.”

He anticipates that successful implementation will enable the validation of MusIC as a platform for studying multi-scale cell biology which, in turn, will lead to more reliable biomanufacturing of T cell infusion products and engineering more potent immune cells that can have a broad impact on immunotherapy.

“Since cellular infusion products are a heterogeneous mixture of cells, mapping the complexity of the population requires the ability to identify the function and molecular profiles of cells at single-cell resolution,” said Varadarajan.

“Our objective is to develop and rigorously validate a transformative technology that integrates cellular functions and activities with their deep molecular signatures at single-cell resolution in high-throughput.”

Immunotherapy works by harnessing the power of the immune system and its ability to recognize and eliminate cancer cells, according to the release.

Much of that power resides within T cells, a type of white blood cell which protects the body from infection and clears out mutant cells when recognized by T cell receptors.

In fact, genetically engineering T cells for redirecting immune responses has recently received approval from the Food and Drug Administration.

Recent data indicate that variability in the manufactured T cell products may be the primary determinant of clinical success, the release said.