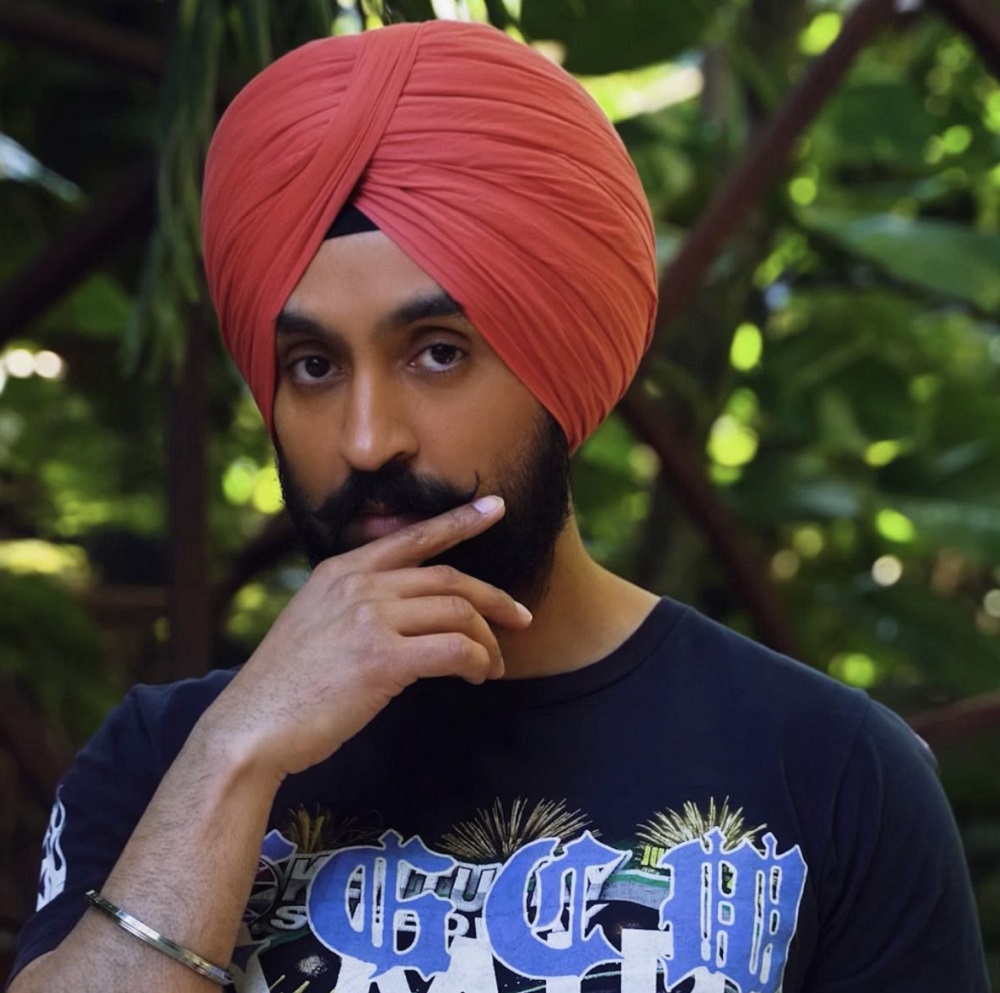 One of India’s leading stars, Diljit Dosanjh, widely known as the ‘Super Singh of Punjab’ is partnering with Warner Music, one of global music industry’s “big three,” to take Indian music to the top of the global charts.

As part of his first ever deal with a major record company, Dosanjh, will be working with Warner Music, to amplify his global music career, New York City headquartered recording company announced.

“I’m delighted to be collaborating with Warner Music,” says Dosanjh, “Together, we’ll take Indian music way beyond the usual diaspora audiences to the top of the global charts.”

“I’ve already started working with some of Warner Music’s artists from other countries and it’s proving an exhilarating creative process. I’m just so proud to be playing my part in putting Indian music firmly on the global map.”

“Diljit Dosanjh is a cultural phenomenon. He has sold-out venues in the UK such as the SSE Arena, Wembley, the First Direct Arena in Leeds and the Birmingham Arena,” his manager Sonali Singh said.

“Diljit’s growth as a global artist has been unprecedented and we’re hopeful that this partnership with Warner Music India will take us one step closer to making Diljit a global music star.”

“Punjabi music has long been popular in India and it’s now igniting international interest. You don’t get many bigger names in the genre than Diljit Dosanjh,” said Max Lousada, CEO, Warner Recorded Music.

“With our creative expertise and global marketing network, we can help him reach new audiences worldwide and become a truly global name,” he said. “We’re really honored to have Diljit sign to Warner Recorded Music.”

“Just signing this deal has been an exhilarating process. From our first midnight meeting to pulling together two music videos in our first weekend of working together, Diljit brings a passion and creativity that draws you into his world,” said Alfonso Perez-Soto, President, Emerging Markets, Warner Recorded Music. “We’ve already had our Indian, Canadian and Latin American teams working on his campaigns and our ambition for him is truly global.”

“He’s a true entertainer and has struck a chord with the audiences across the globe with both his acting and singing prowess – a true rarity. His songs are already a rage with anybody who enjoys Punjabi music across the globe.”

Dosanjh, who has found fame as an actor, singer, songwriter, and television presenter, has starred in some of the most critically acclaimed and commercially successful Bollywood and Punjabi movies of all time like Honsla Rakh, Jatt & Juliet, Jatt & Juliet 2, Punjab 1984, Sardaar Ji, Super Singh, Sajjan Singh Rangroot, Shadaa and Udta Punjab.

Dosanjh also enjoys a parallel stellar music career. He has recorded 13 studio albums and established himself as one of Punjabi music’s biggest stars.

His 2020 album ‘GOAT’ was featured on Billboard’s Global Chart and went Top 20 in Canada. His latest track ‘Lover’ has already generated more than 68 million views on YouTube.

Dosanjh has forthcoming singles with Canadian rapper Tory Lanez and the Tanzanian star Diamond Platnumz, who announced his own partnership with Warner Music.

The partnership with Dosanjh is the latest landmark move from Warner Music India, which launched just two years ago in March 2020, the company said.

The company swiftly signed a licensing deal with Tips Music, which owns the rights to some of the most popular Bollywood movies ever produced.

In the Punjabi music scene, Warner Music has signed partnerships with Ziiki Media and Sky Digital.

Warner Music India is growing its domestic roster of superstar and developing artists, hitting the headlines last month when it signed a partnership with Armaan Malik, setting up the Always Music Global label dedicated to homegrown talent, and arranging to release his non-film music.

The company has also had success with Warner Music’s international roster in India, helping the likes of Alec Benjamin, CKay, Dua Lipa and Masked Wolf storm the charts, it said.