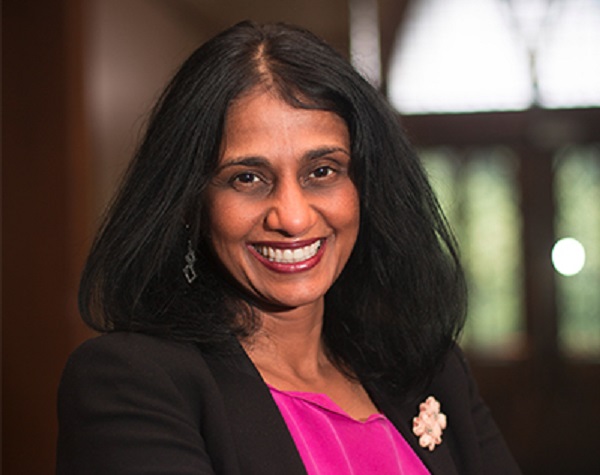 President Joe Biden is appointing Padma Raghavan, a leading Indian American researcher and computer scientist, as a member of the President’s Committee on the National Medal of Science, the White House announced Wednesday.

The committee evaluates nominees for the National Medal of Science, a Presidential Award to recognize individuals for their outstanding contributions to knowledge in the physical, biological, mathematical, engineering, social, and behavioral sciences.

Since its establishment, the National Medal of Science has been awarded to 506 distinguished scientists and engineers whose careers spanned decades of research and development.

Raghavan, according to her White House profile, is the inaugural Vice Provost for Research and Professor of Computer Science at Vanderbilt University.

Prior to joining Vanderbilt in 2016, she served as the Associate Vice President for Research and Strategic Initiatives, the founding Director of the Institute for Computational and Data Sciences, and Distinguished Professor of Computer Science and Engineering at the Pennsylvania State University.

Raghavan was named a fellow of the Institute of Electrical and Electronics Engineers in 2013 in recognition of her contributions to the development of energy-efficient supercomputing.

She also serves on editorial boards of the Society for Industrial and Applied Mathematics and the Advisory Boards of the Computing and Information Science and Engineering Directorate and the Office of Advanced Cyberinfrastructure of the National Science Foundation.

Raghavan also serves on multiple committees of the National Academies of Science, Engineering, and Medicine, including Technical Advisory Boards for the Army Research Laboratory on Computational Science and Information Sciences.