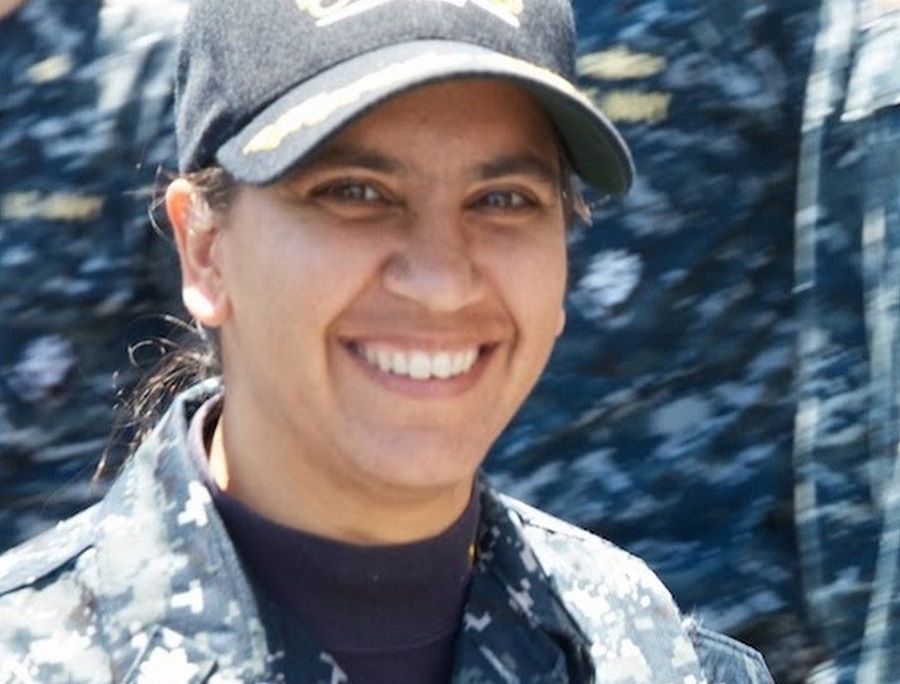 She commanded the missile destroyer, USS Decatur, from 2010-2012 and was the first female commander of a US naval vessel to visit India.

In her new role, Sethi coordinates National Security Adviser documentation across the Office of the Vice President, according to her LinkedIn profile.

Harris, the daughter of an Indian mother and a Jamaican father is the first woman, and first person of African and Indian heritage to be elected to America’s second highest office.

At the end of February 2021, Sethi was interviewed to be the Senior Navy Military Advisor to the Secretary of Navy, a position she accepted, according to USA Today.

“In the Navy, you transition through various levels of ranks, where you’re doing some specific jobs, and then you reach the level where you command as a commander, and then as a captain,” Sethi told the newspaper last August.

Sethi’s mom was born in Canada and became a naturalized US citizen at the age of 12, while her father immigrated to the US from India in the early 1960s.

Although she didn’t have a traditional upbringing as the child of an immigrant because her mom had been raised in the country, Sethi’s appearance often made her feel excluded, she was quoted as saying.

“My mom is blond and blue-eyed, and I am not. So I can remember as early as second or third grade being left out,” Sethi said.

“In the 1970s, there were very few Indian Americans outside of a few small enclaves. So I remember being very different and being treated differently, even from a young age.”

When she joined the Navy in 1993, the combat exclusion law was still in effect so she was limited in what she could do.

“When I was an officer, they did lift the Exclusion Act and I was able to move on to have a career path that was much more open to me because I was going into this very male-dominated environment,” Sethi was quoted as saying.

“I thought I needed to be tough and aggressive, and I struggled for a little while until I had some heart-to-heart conversations with people I worked for and people who worked for me,” Sethi said.

“I realized that I just needed to let go of it, … and be myself, even if myself is a little bit goofy, a little bit silly, certainly a lot nerdy. And suddenly I blossomed and really began to thrive in the community.”

The experience of being in the Navy has taught her not to sell herself short or disguise her ambition.

“You can’t be what somebody else thinks you should be,” Sethi told USA Today. “You really have to become comfortable in yourself and say, ‘This is who I am, and I can succeed as who I am. I don’t have to pretend or try to be someone else.'”