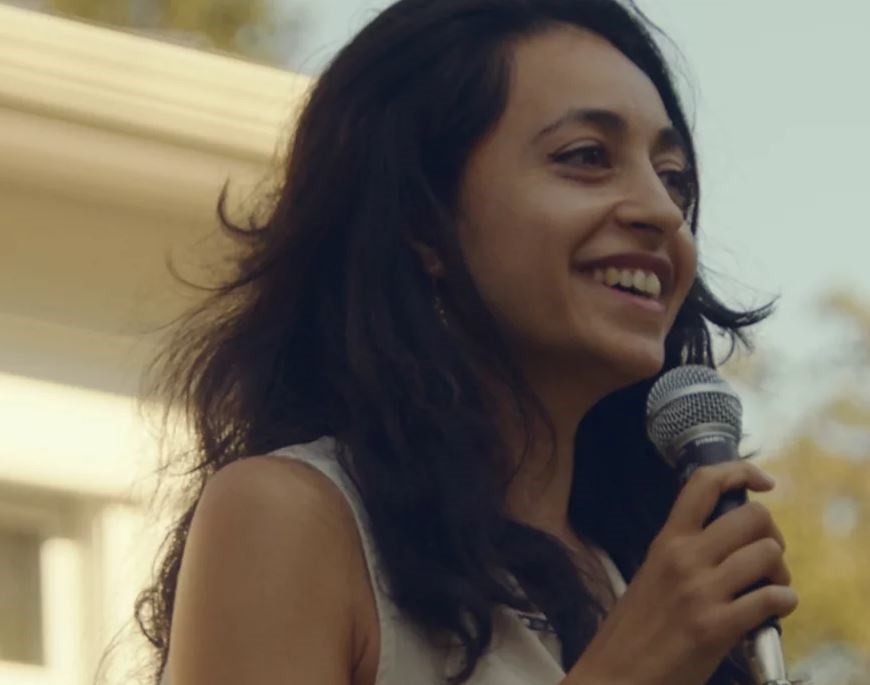 Daughter of a Punjabi Sikh father and an Ecuadorian mother, Victoria Virasingh, a progressive Democrat born and raised in Arlington, is running for the US House of Representatives from Virginia’s 8th Congressional District.

Virasingh is both the first Latina and first Asian and the second woman to ever be on the ballot for this race. She is also the youngest to ever run for this position.

Her campaign is breaking barriers, inspiring new voter participation in the political process, and getting backed by organizations across the country, she says ahead of the only Democratic primary in Virginia on June 21. Early voting in Virginia begins Friday, May 6.

Given that 48 percent of residents in VA-08 are minorities, her lived experience as a Latina-Asian American provides her with unique insights to the everyday struggles that many in her community face, the daughter of immigrants says in a press release.

She is running for Congress to address these challenges once and for all, and she’s leading the way for more young women of color to follow, her campaign says.

With a bachelor’s degree in international relations and a master’s degree in Latin American studies, Virasingh has valuable professional experience in government, non-profit, and private sectors, it says.

“My mom grew up in Ecuador and my dad was born to Punjabi Sikh refugees in Thailand. They both came to America in hopes of a better life — but every day was a struggle, a fight,” recalls Virasingh on her campaign site: https://www.victoriaforcongress.com.

“The Spanish word ‘luchar; describes what it was like for me to watch my parents make it in America,” she says. “Because child care cost too much, my mom would bring me to the salon where she worked as a manicurist.”

“And as I watched her work for a $2 tip, I talked with the customers — doctors and lawyers who showed me there was a bigger world than the one I was living in, as well as the path from where I was to there: education,” adds Virasingh.

Being the first at anything is often trying. Nevertheless, Virasingh has risen to this occasion with a strong community cheering for her success, the campaign says. Her campaign submitted 1,628 signatures of locals who support her candidacy, surpassing the required 1,000 signatures.

In terms of financial support, she decided not to accept any money from PACs and has instead raised funds from over 1,000 individual donors.

Moved by Virasingh’s compassion, pragmatism, bravery, and boldness, multiple national organizations have endorsed her campaign for Congress, according to the release.

One is ‘Barrier to Entry’ PAC, which “supports candidates and campaign staff from working class backgrounds as they carve their
paths in the Democratic political space.”

Another is ‘Her Bold Move’ who wants “to shatter every glass ceiling that still exists in our government – including the one in the oval office – by electing women to seats that have historically only been held by men.”