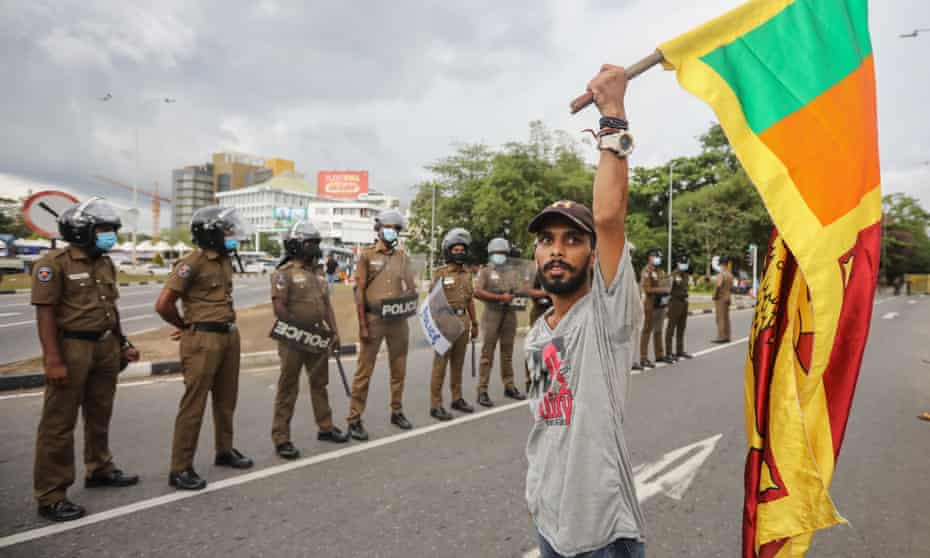 For a country brought up on the ideas of egalitarianism, last ten years’ developments are too much to digest

By Krishnakumar S with Urvi Goswami

The clout of the Rajapaksa brothers has taken a severe beating with the recent developments in Sri Lanka. President Gotabaya Rajapaksa and Mahinda Rajapaksa — who was forced to resign as Prime Minister— who were riding the high tide of Sinhalese pride and had consolidated their power through various methods have been thoroughly exposed.

The idea of executive Presidentship with powers over the Parliament, as well as the deals with different foreign firms even when the projects were found to be infeasible as per project reports reveals that for personal kickbacks and campaign funds, the national interests mattered least for them. The island country is going through an unprecedented crisis.

As is self-evident from IMF’s World Economic Outlook (WEO) Database of the IMF, Sri Lanka has been witness to downside on the growth front. From 9.1% in 2012, it has reached negative levels in 2020. 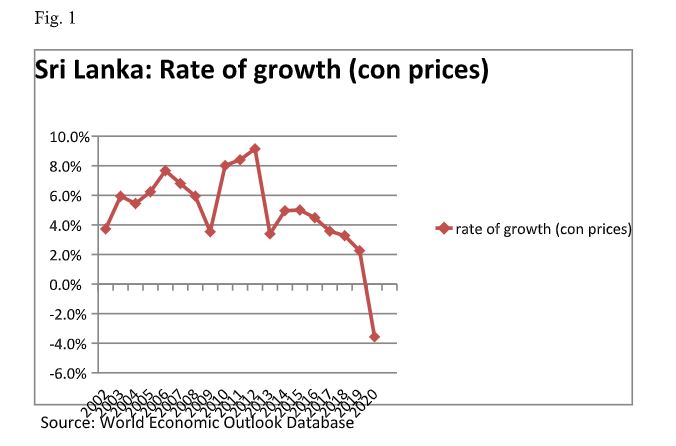 Though the period post 2012 has been witness to large increase in external liabilities, paradoxically, it was also witness to steep decline in investment ratios, it has declined from 39.1% to 23.4%. 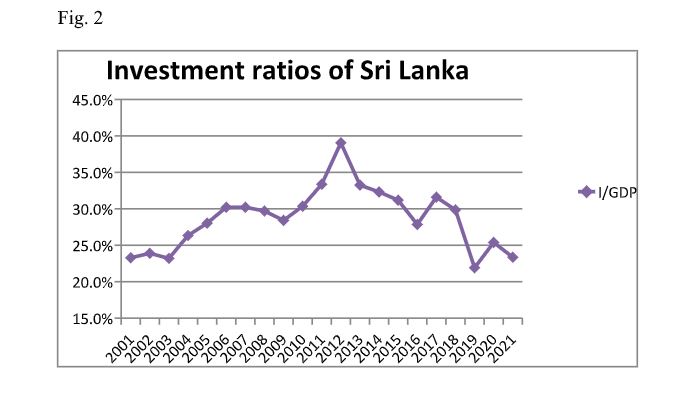 The green shoots visible on account of tourism earnings a few years back went for a big dip with the travel restrictions under Covid-19.

Coupled with the decline in world trade and the slowdown on the remittances front, foreign capital was quick and brisk to exit. Sri Lanka’s hopes of parachuting its economy into a El Dorado through a debt driven route has thus come to an end.

The firefighting efforts on the part of the Central Bank of Sri Lanka through interest rate hikes and appeal to Lankan diaspora could not yield much with the Lankan rupee crashing from 202 LKR to $ (March 8, 2022) to 360.25 LKR to $ (May 9, 2022). 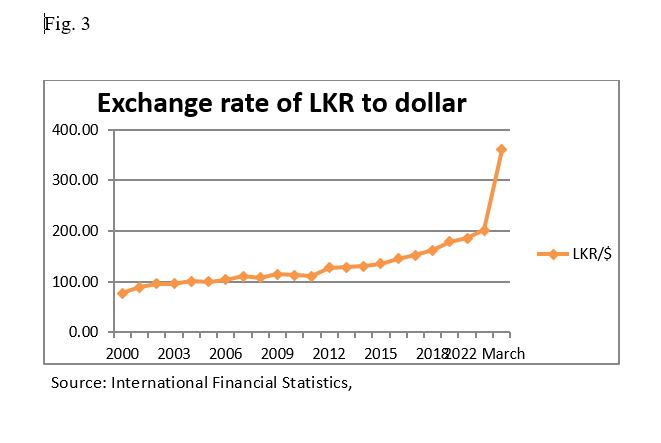 It was not as if there were nothing in the past which was indicative about the same. As per the International Debt Statistics of the World Bank, the external debt stocks of Sri Lanka was witness to a steep increase from $20 billion in 2011 to $56.34 billion in 2020.

Moreover, the short term debt to the foreign reserves of the country was witness to a steep increase from 40% to 130%, with its debt service ratio increasing from 16% of its export earnings in 2009 to 9.3% in 2020 (i.e. 40 out of every 100 dollars of export earnings spend on servicing debt).

All these were sufficient pointers to the vulnerabilities of Sri Lanka to an external crisis. The lockdown in the global economy following the outbreak of Covid-19 coupled with the slowdown in world trade pushed it to the precipice.

Among countries, it owes most to China, i.e., $6.83 billion (12.1% of its external debt). This should again provoke a serious question to the international policy circles as to why we are failing in our efforts towards scaling up multilateral financial support for infrastructure and social sector development of countries?

To prevent itself from defaulting on a sovereign bond, the government in Sri Lanka was forced to sell 80% stake in the port at Hambantota to China Merchants Port in 2017 in return for $1.2 billion. All of this was indicative of the external sector problems which were imminent.

Rather than cry foul over Sri Lanka being pushed into this trap by the Belt and Road Initiative of China, the real question to be asked by the western think tanks is as to why was there no alternative development project finance facilities from any one of them, from USA or EU, even while the world was embroiled in an unprecedented situation after the global financial crisis?

Wasn’t there the Marshall Plan for the reconstruction of war -torn Europe in the fifties? Why couldn’t the advanced countries offer plans which could have served as a countervailing one to the BRI program of China. That’s an important question the crisis in Sri Lanka should be provoking the policy centers of the West to ponder about.

Does all of this end up putting to risk the better indicators of Sri Lanka on the development front?

For a country brought up on the ideas of egalitarianism which is well- founded in publicly funded education and health systems, the developments over the last ten years are too much to digest.

The middle income country of Sri Lanka (along with Costa Rica and the Indian state of Kerala) are known to have human development index scores comparable to advanced economies.

In the name of the fiscal acrobatics which different multilateral organizations are into in Sri Lanka in the name of rescuing them from the current crisis, let’s hope their cudgels do not fall on the health and education expenditure.

One of the memorable experiences of this author during his visit to a primary school in the Sabaragamuwa was to see the children of all from the Vice Chancellor of the university to the gardener sharing the same school premises.

The gardener told our group that the plot of land where his homestead was granted to him during President Ranasinghe Premadasa’s regime (1989-93) for very nominal rates.

How much of these ideas of accessibility and egalitarianism would continue to remain in the Sri Lankan political vocabulary, time alone would tell.

India’s NTPC too has inked a project with Ceylon Electricity Board on setting up a 100 MW solar energy plant in Trincomalee. When a number of western firms were buying cheap during the east Asian crisis in 1997, people cried fire sale FDI. Will they do the same now to these firms?

Due to the unfortunate mix of circumstances, Sri Lanka has ended up in this situation. Sure the tourists would be back to watch the beautiful plantations at Nuwara Eliya, beaches at Galle, elephant sanctuary at Pinnawala and the Buddha Tooth Relic at Kandy. And, with a helping hand from the Sri Lankan diaspora, the island country is sure to bounce back

(Krishnakumar S teaches economics at Sri Venkateswara College University of Delhi. This article is partly based on the SRIVIPRA Project on External Balance Sheets of Developing Countries. Urvi Gowami, who is currently pursuing BA (Hons) Economics at the same college, has been a part of the project.)