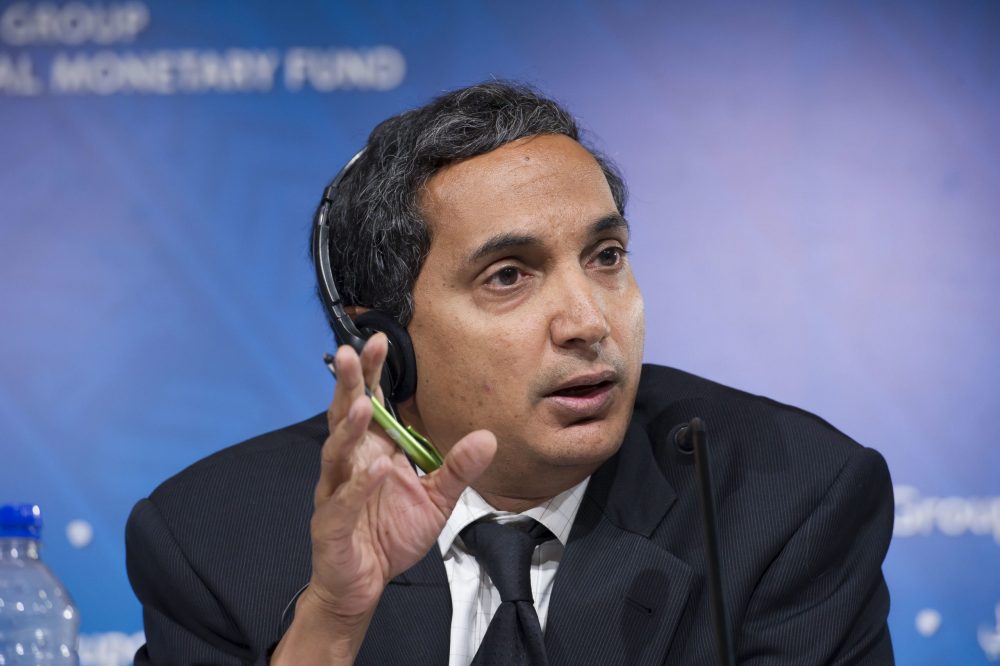 A strategic thinker, innovator, and people manager, Srinivasan to help build on the Fund’s strategy for Asia and the Pacific

Krishna Srinivasan, an Indian national with more than 27 years of International Monetary Fund (IMF) experience, is set to become Director of the Asia and Pacific Department (APD) of the Fund.

Srinivasan, who started in the Economist Program in 1994, currently oversees APD’s surveillance work on a number of large and systemically important countries such as China and Korea, and smaller states in the Pacific such as Fiji and Vanuatu.

During the Global Financial Crisis, while in the Research Department (RES), Srinivasan led the Fund’s work on the G20 including the preparation of analytical notes for the meetings of the G20 Ministers and Leaders.

“Krishna is a highly regarded member of our Fund family and has made many important and innovative contributions to our mission throughout his career at the Fund,” said Georgieva.

“His appointment to the Director position is a culmination of his superior record of leadership across a wide range of departments, including African Department (AFR), European Department (EUR), Monetary and Capital Market Department (MCM), RES, Strategy, Policy and Review Department (SPR), and West Hemisphere Department (WHD).

“This range of work and experiences is reflective of his career during which he has worked on the full spectrum of the Fund’s membership from low-income countries, to emerging markets, and advanced economies,” she said.

“He has made his mark as a strategic thinker, innovator, and people manager. In fact, he was one of the first managers to receive the Fund’s Excellence in Leadership Award when it was inaugurated in 2010.

“That same year, he was also one of the first to receive the Fund’s Award for Extraordinary Effort, which speaks to Krishna’s willingness to go above and beyond to ensure that the Fund is providing the best service to its membership,” Georgieva added.

Srinivasan has been a thought leader on bringing climate into the Fund’s macroeconomic work, including through piloting disaster resilience strategies, the IMF announcement said.

He has worked on sovereign debt restructuring, access to capital markets, private sector involvement in resolving financial crises, and lending into arrears.

Srinivasan was also an early advocate for a facility to support members with longer-term structural reforms needs, which was an important consideration in the design of the Resilience and Sustainability Trust.

“Krishna has also helped to nurture the careers of many Fund staff as a coach and mentor. As Director, I know that he will continue to provide excellent leadership and advice to our membership and to staff within and outside APD,” she added.

Prior to joining the Fund, Srinivasan was an Assistant Professor of Economics and International Finance at Indiana-Purdue University and a consultant at the World Bank in DC and the Center for Policy Research and Planning Commission in New Delhi.

His wide research on Asia, Latin America, and the Caribbean, and on climate and other economic and development issues has appeared in books, academic journals, and media publications.

“I look forward to working with Krishna to build on the Fund’s strategy for Asia and the Pacific,” Georgieva stated.