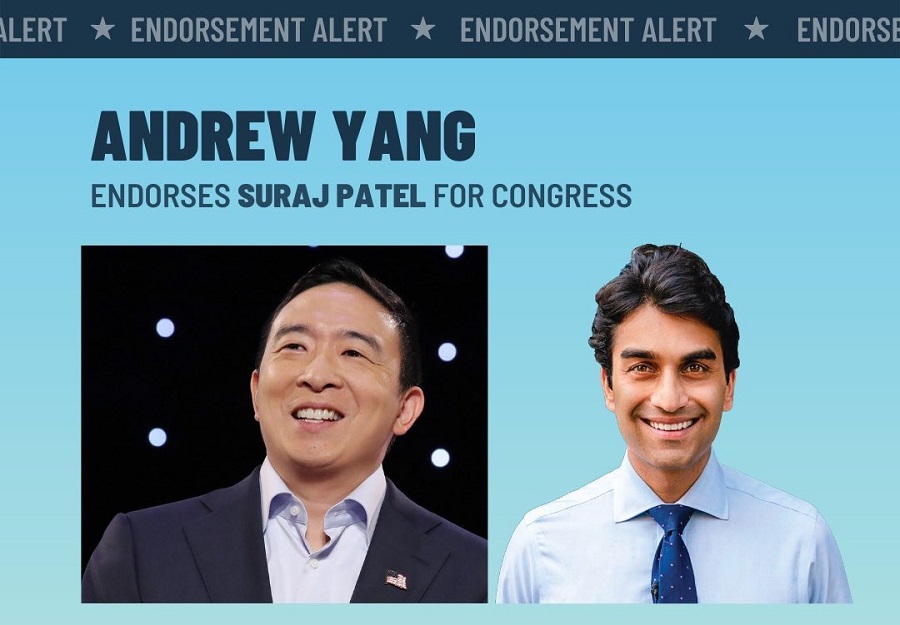 Patel, a 36-year-old lawyer and business ethics professor, at New York University, lost to Maloney by less than four points in 2020 after trailing her by 20 points in 2018.

Patel, is now running in the Democratic primary against incumbent Maloney and Nadler, who currently represents New York’s 10th District but will now compete in a redrawn 12th after a judge ruled New York’s political maps unconstitutional. The primary is set to take place in August.

Yang, who had an unsuccessful bid for New York City mayor in 2021 and ran for president in 2020, last week pledged to help Patel win saying he represents part of the next generation of leaders.

“Suraj Patel represents a new generation of empathetic leadership and has the energy and ideas to bring change to Washington,” he wrote. “As the only change candidate in this race, Suraj has helped run a business, has stood up for democracy and will bring energy, enthusiasm and fresh ideas to Washington at a time when we desperately need it.”

“I am proud to endorse Suraj because he’s an innovator, an empath, and a proud son of immigrants. He is exactly what we need in a new generation of leadership to move us from the staleness of politics as usual,” Yang added.

“I’m thrilled to be endorsed by @AndrewYang whose Presidential campaign underscored the need for Asian American representation,” Patel tweeted.

“This is a change election, everywhere I go, people are tired of the status quo and we need a new generation of leaders who engage the disengaged,” he wrote.

“Or do you want someone who at that point will be in his early 40s, just building seniority and representing this district and community for years and years to come? We know that we need the latter.”

Yang’s endorsement of Patel comes eight months after Yang announced he was leaving the Democratic Party and registering as an independent voter in a blog post published on his website.

“I’ve been a Democrat my entire adult life,” Yang wrote. “And yet, I’m confident that no longer being a Democrat is the right thing.”

Yang also spoke about the uphill battle for Democrats in the midterm elections in November.

“Speaking brutally honestly, the odds are that Democrats will not be in power in the House until ’26 at the earliest, at which point both Carolyn Maloney and Jerry Nadler will be much closer to retirement than in terms of spearheading new policy or legislation,” Yang said.