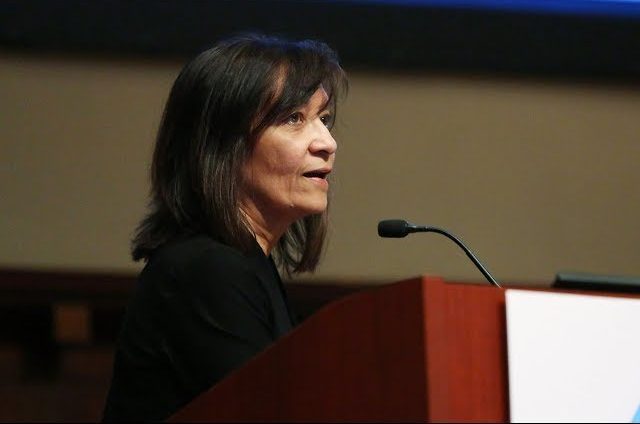 Through her research, Dr. Bhardwaj, Director of Immunotherapy at The Tisch Cancer Institute at Mount Sinai, has significantly advanced the understanding of how to fight cancer by using innate immune cells to reverse immunosuppression in tumor microenvironments, according to a June 21 announcement.

In particular, her team discovered a subset of dendritic cells, which play a key role in initiating an immune response. Subsequently she gained further insights on how dendritic cells work by generating and growing them in her lab.

Dr. Bhardwaj also developed dendritic-cell-based and dendritic-cell-targeted vaccines for the treatment of both cancer and infection in several investigator-initiated studies and has pioneered neoantigen vaccine studies at The Tisch Cancer Institute.

“It was a wonderful surprise to receive this award and to join such a prestigious group of previous recipients,” said Dr. Bhardwaj. “It was also extraordinary to be recognized by such an elite group of peers. When I started in this field, dendritic cells were not considered unique lineages and were thought to be a lesser sibling of monocytes.”

“But with the support of Mount Sinai and, in particular, The Tisch Cancer Institute, we were able to make significant discoveries that helped to expand this field and led to many studies using dendritic cells as cellular vaccine adjuvants,” Bhardwaj said.

“Ultimately, it is exciting to have our efforts validated with this award and it inspires me to continue my work and advance the fight against cancer.”

The AAISCR’s Lifetime Achievement award is presented annually to an outstanding scientist who has made significant contributions to cancer research, either through a scientific discovery or through their body of work.

These contributions, whether through research, leadership, or mentorship, must have a lasting impact and demonstrate a lifetime commitment to achieving progress against cancer.

Prior to receiving this award, Dr. Bhardwaj was named one of Scientific American’s Top 50 researchers, receiving the Award for Medical Research in 2004, and in 2015 she received the Fred W. Alt Award for new discoveries in Immunology from the Cancer Research Institute.

Dr. Bhardwaj has served on numerous National Institutes of Health Study Sections and advisory councils and as chair of the Cancer Immunology Steering Committee of the American Association for Cancer Research, where she also serves on the Board of Directors.

She has secured multiple federal and foundation grants and has authored more than 200 publications over the course of her career.

Mount Sinai Health System is one of the largest academic medical systems in the New York metro area.