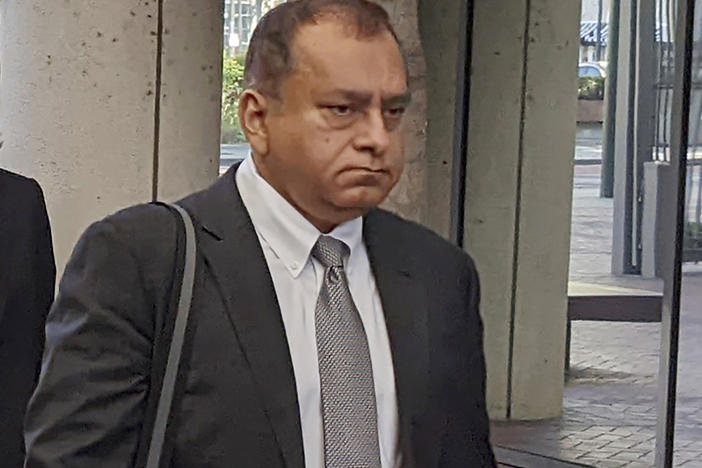 A jury of five men and seven women determined Friday that Balwani, 57 had defrauded both patients and investors, finding him guilty on all 12 charges he faced, which included ten counts of federal wire fraud and two counts of conspiracy to commit wire fraud, CNN reported.

Jury deliberations stretched for four full days following a lengthy trial that got underway in March. Balwani was indicted four years ago alongside Holmes for allegedly defrauding investors and patients.

Balwani, 57, faces up to 20 years in prison as well as a fine of $250,000 plus restitution for each count of wire fraud and each conspiracy count.

To make its case against Balwani, prosecution called two dozen witnesses as it sought to convince jurors that he knowingly and intentionally lied to and deceived investors and patients in order to get money for Theranos.

During Holmes’ trial, a separate jury acquitted her on charges pertaining to defrauding patients, and were not able to reach a unanimous verdict on three of the charges concerning defrauding investors. She was found guilty on four charges relating to investors.

Their trials were severed after Holmes’ legal team outlined in legal filings that she planned to make accusations about their relationship as part of her defense.

Balwani and Holmes first crossed paths in the summer of 2002. The two met while attending a summer program in Beijing to learn Mandarin, according to CNN. Balwani, nearly 20 years older than Holmes, had already had a successful career in the software industry and as an entrepreneur.

Originally from South Asia, Balwani moved to the United States on a student visa in 1986 to attend college in Texas. After graduating, he came to Silicon Valley and worked for tech companies such as Lotus and Microsoft.

He went on to start an e-commerce company, which he eventually sold. By 2002, he was back in school to get his MBA.

As Holmes testified in her own defense in her trial, the two forged a friendship. They kept in touch and their relationship ultimately turned romantic. By 2005, the year after Holmes dropped out of Stanford to work full-time on Theranos, the pair were living together.

Balwani took a formal role at Theranos in 2009, shortly after guaranteeing a $10 million loan to the company.

At the recommendation of Theranos’ board, according to Balwani’s defense, he would eventually take on the role of COO and president.