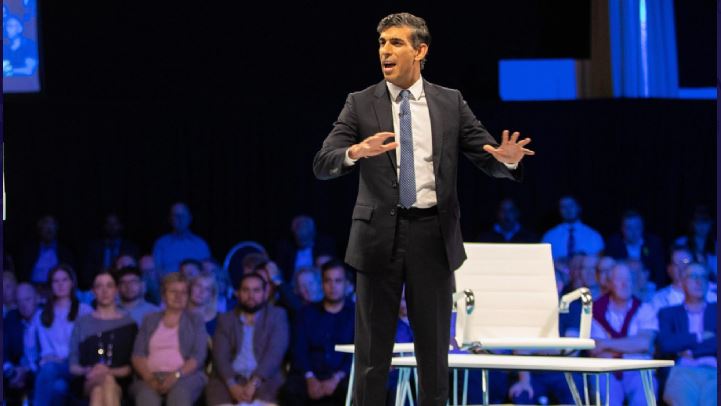 Will an Indian-origin PM in the UK, America’s closest ally, help Indian Americans?

After the rise of the first Black woman and South Asian American, Kamala Harris as Vice President of the United States, how are Indian Americans seeing the rise of Rishi Sunak in the UK?

When Kamala Harris assumed office in America back in 2021, there was a sense of elation in the Indian American community. After all, never in the history of US presidential elections, a candidate tracing their roots to India had reached America’s second highest political office, but also created history along the way as the first woman ever to do so.

There can be no doubt that for a host of British Americans, the possibility of Rishi Sunak creating history and giving Britain its first ever Indian-origin Prime Minister must be giving similar feelings.

While back home in India, there is a rising tide of interest and support for Rishi Sunak, who is being seen as the newest poster boy of Indians gaining influence across key positions around the world, what does an average Indian-American feel about Rishi Sunak?

Will having an Indian-origin PM in the UK, which remains America’s closest ally, help the Indian Americans? Would Sunak’s election in the UK extend beyond a rhetoric social representation and have diplomatic advantages too?

Manhattan, New York based physical therapist and second generation Indian American Tanya Patel, thinks that the election of Rishi Sunak would continue making headlines both in India and in ethnic media in the US, but to expect that it would have any real advantages for Indian Americans will be too naïve political thinking.

“Traditionally politicians who have immigrant backgrounds are in fact doubly cautious of their moves and try to balance their position very well diplomatically,” she says.

Texas based software engineer Naveen Sinha sees it as a feel good factor. He says, “It feels good to see someone with a familiar name and familiar skin tone vying for an election which at the moment has global eyes on it but beyond that no one should expect any more.”

Many Indians in the US, also feel that unlike Kamala Harris, Sunak has been born to privilege. After all, he went to the prestigious Winchester College in the UK, he has himself admitted during interviews that he shares social circles with British aristocracy.

He along with his wife, Infosys founder, Narayana Murthy’s daughter, Akshara Murthy is counted among the richest in Britain. And while Sunak’s rise to prominence is remarkable he is not the only one to reach an important political platform in the UK.

British home secretary Priti Patel, has managed to break barriers much before Sunak became a household name, at least in Britain and India.

Closer in America too, the rise of Indian origin candidates in local and national politics has seen a steep rise. And today the US presidential hopefuls include Nikki Haley and Bobby Jindal.

And even though, with an increasing Indian American interest in national politics, the recent Times average shows that Harris’ popularity may have taken a dip with as of July, only 39% of registered voters showing a favorable opinion for the vice president.

The data further shows that despite this dip, Harris continues to fare better with women, African Americans and graduates.

So as questions abound on whether Sunak would ever have the real pulse of being an immigrant who builds from the bottom, for now his candidature will continue to give fodder to the debate around representation albeit it may be coming from a place of extreme privilege!