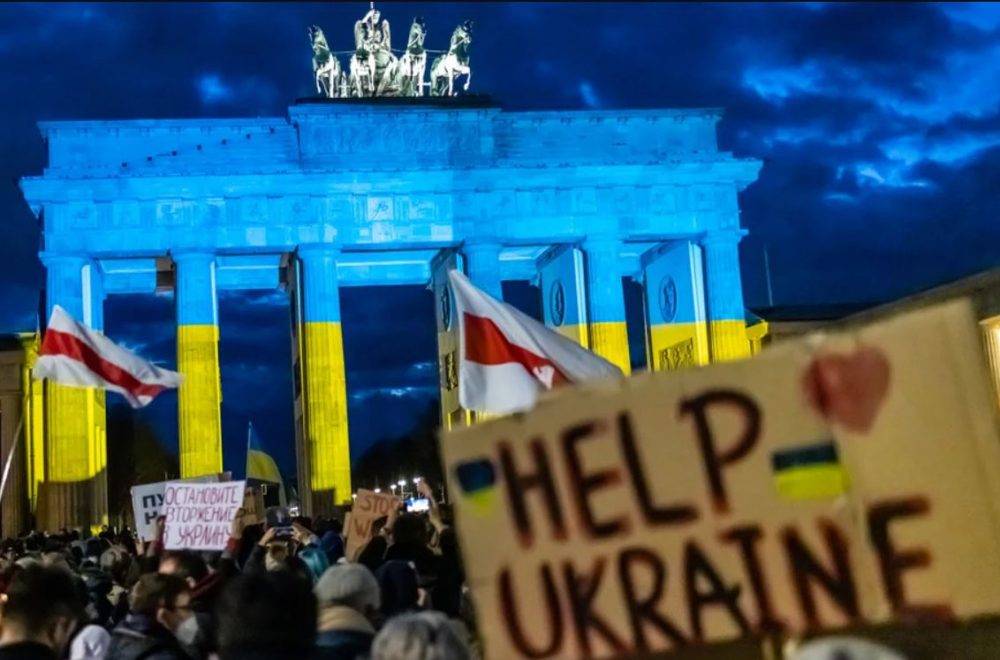 Motivated by the human tragedy in the war-ravaged Ukraine, he has penned a poem about his anguish why one ought to be concerned about skewing of its demography and its after effects.

“The media over the last few months has been saturating us with the news from Ukraine…which is now a devastated war-ravaged country with all its beautiful landscape in ruins with millions of lives displaced, disoriented and possibly generations lost for ever,” he notes.

“This poem expresses this dynamically evolving scenario of human tragedy, We ought to be concerned about skewing of the Ukrainian demography and its after effects,” Ganguli writes.

As a lead professional and academician, Ganguli has been a consultant to the World Intellectual Property Organization in Geneva and various governments and in mentoring of start-ups and entrepreneurs across the entire innovation value chain.

He has authored six books and numerous publications. Listening to music, visiting exotic places, meeting people, photography and writing are a few of his favorites.

In Wilderness we moan… Can “You

Oh! the skies are dark, noisy with strikes

On ground the bombed rubbles speak a

language of their own.

How long will we go through the test of time?

Man’s greed has no limits for reason or rhyme.

Homes to homeless, Jobs to jobless

In deep dungeons how many more days and nights is anyone’s guess?

Life in such a shattered state

We the innocent are in a political checkmate.

It’s Breaking News for the World at large

Who is to blame for “such duties” they discharge?

Struggling for food, water and a piece of bread

Oh God! countless nights we still have to dread.

For now, in wilderness we moan

A life of uncertainty with skin up to the bone

We all are on a downward roll

Till death as relief takes its silent toll.

Will we ever see a life that used to be?

In innocence, laughter and joy of being free.

Now, already so weak and frail

Hoping against hope on peaceful waters

we shall once again sail.

Justice is a mere word in vocabulary lists

Does it mean anything to people who are

grandparents, children, relatives including our pets

Terrified with the zooming bombing jets.

A generation lost for an unknown cause

We appeal to these politicians to take a pause

Will they scratch their hearts to find a

Should they not be tried for their unruly

United Nations forever disunited in cause

Is there any meaning to the international conventions & laws?

Only infructuous debates for years

While misery stays on, with none to wipe off the suffering and tears.

So, in wilderness we shall continue to moan

All we can look forward is anguish to groan

The world order in the name of progress

Only adds to all the stress and mess.