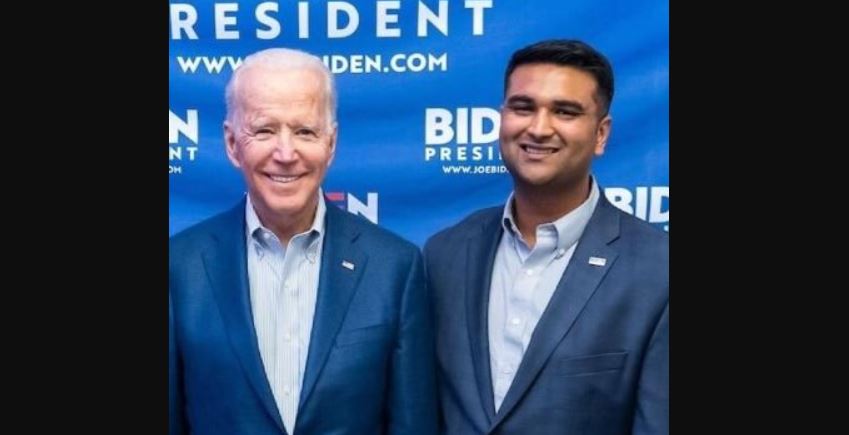 Indian American Jani, who has worked with several lawmakers including New Jersey Governor Phil Murphy and Senator Bob Menendez, was director of the chief information officer action group at the Pentagon before taking the Homeland Security post.

Jani left the New Jersey Department of Transportation, where he was legislative liaison, in 2019 to join the Biden campaign as AAPI national director, according to New Jersey Globe.

The onetime Jersey City resident worked as an account executive at Vision Media Marketing, a political consulting firm. He started out as a youth organizer and served as an aide to Rep. Frank Pallone, Jr. and as a member of the Hudson County Schools of Technology Board of Education.

In 2017, he became the director of AAPI Outreach for Phil Murphy’s gubernatorial campaign. He held the same post on US Senator Bob Menendez’s re-election campaign in 2018.

Jani was the president and co-founder of the New Jersey Leadership Program, which exposes South Asian high school students to government and politics at the state and local level.

Born in Rajkot, Gujarat and arriving in the US at the age of one with his mother, Jani was a long time resident of New Jersey, a state with one of the largest Indian American populations in the US.

His late father, Suresh Jani, was a community organiser in New Jersey and throughout America, often advocating for new immigrants and helping Indians who recently arrived in the country.

Jani’s mother, Deepti Jani, is a businesswoman in New Jersey and New York, owning a deli and several convenience stores.