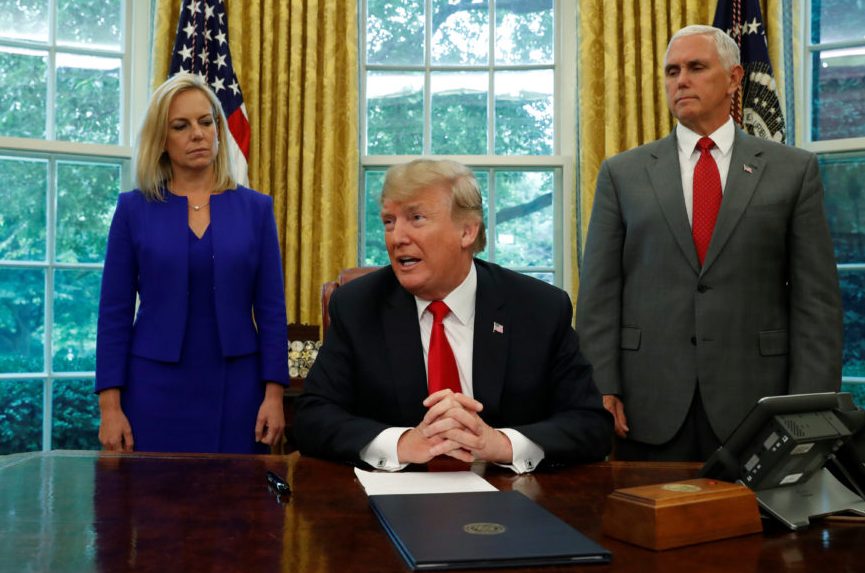 The Atlantic’s exposé reveals that separation was not a side effect of the policy, but its intent

She lays out in painstaking detail one of the darkest chapters in recent US history, exposing not only how the policy came into being and who was responsible for it, but also how all of its worst outcomes were anticipated and ignored by key policy makers.

Dickerson’s reporting shows that the policy was characterized by gross negligence at every level of government.

Her reporting also reveals that US officials misled Congress, the public, and the press, and minimized the policy’s implications to obscure what they were doing; that separating immigrant children from their parents was not a side effect of the policy, but its intent; that almost no logistical planning took place before the policy was initiated; that instead of working to reunify families after parents were prosecuted, officials worked to keep families apart longer; and that the architects of the legislation will likely seek to reinstate it, should they get the opportunity. The investigation, “We Need To Take Away Children,” is available online.

Over 18 months, Dickerson conducted more than 150 interviews––including the first extensive on-the-record interviews on this subject with Kirstjen Nielsen, John Kelly, Scott Lloyd, and others intimately involved in the policy and its consequences at every level of government––and reviewed thousands of pages of internal government documents, some of which were turned over only after a multiyear lawsuit.

“It’s been said of other Trump-era projects that the administration’s incompetence mitigated its malevolence; here, the opposite happened,” Dickerson writes.

“A flagrant failure to prepare meant that courts, detention centers, and children’s shelters became dangerously overwhelmed; that parents and children were lost to each other, sometimes many states apart; that four years later, some families are still separated—and that even many of those who have been reunited have suffered irreparable harm.

“It is easy to pin culpability for family separations on the anti-immigration officials for which the Trump administration is known. But these separations were also endorsed and enabled by dozens of members of the government’s middle and upper management: Cabinet secretaries, commissioners, chiefs, and deputies who, for various reasons, didn’t voice concern even when they should have seen catastrophe looming; who trusted ‘the system’ to stop the worst from happening; … who assumed that someone else, in some other department, must be on top of the problem; who were so many layers of abstraction away from the reality of screaming children being pulled out of their parents’ arms that they could hide from the human consequences of what they were doing.”

Despite the widespread denunciations of the policy, and its disavowal by many establishment Republicans, The Atlantic’s investigation makes clear that if Donald Trump or someone who shares his views on immigration were to be elected in 2024, restarting family separations would likely be high on the agenda.