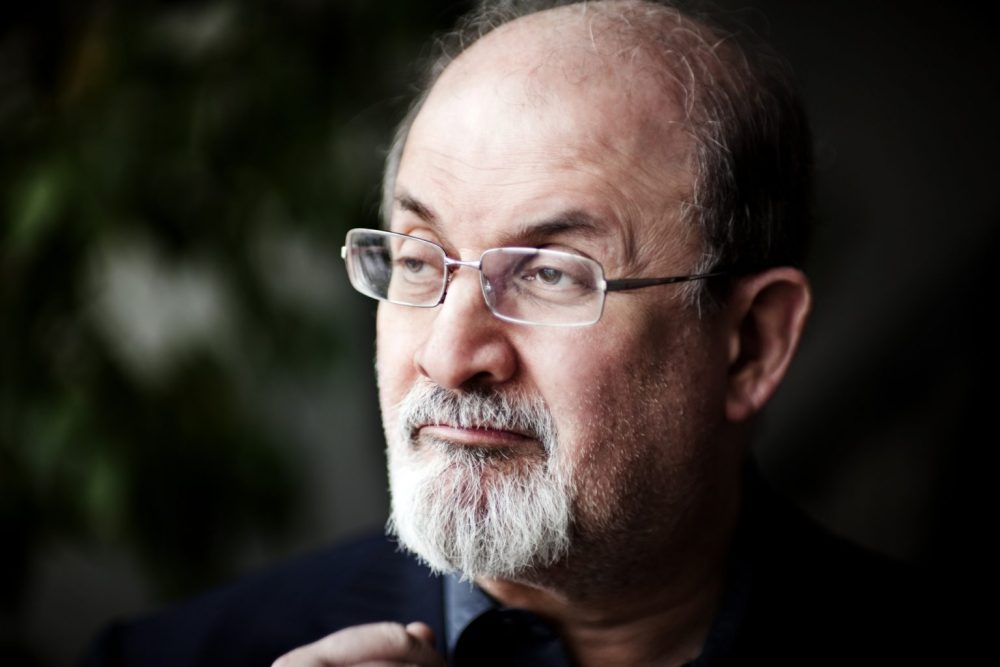 His agent Andrew Wylie said the author could lose an eye after the attack, which also damaged his liver and severed nerves in one arm. Since then, the award-winning novelist was taken off a ventilator on Saturday and was able to talk again, according to Wylie.

Rushdie, 75, rose to prominence with his Booker Prize-winning 1981 novel “Midnight’s Children,” about children born on the midnight of Aug 15, 1947 partition of India.

But Rushdie’s fourth book, in 1988 – The Satanic Verses – forced him into hiding for nine years. He has dealt with more than 30 years of death threats and a $3 million bounty on his head over the book which some readers found blasphemous for its depiction of Islam.

“The Satanic Verses” over the span of the weekend after Rushdie’s stabbing skyrocketed to the top of several Amazon’s bestselling books lists on Monday and Tuesday, according to CNBC.

The book came in as the #1 Best Seller in Amazon’s Literary Satire Fiction list and in the Contemporary British & Irish Literature list. The Spanish version of the novel also topped the Best Sellers in Literature & Fiction in Spanish page.

These are in contrast to last Friday when Rushdie’s books did not even make the top 100, according to archives of Salman Rushdie’s Amazon page recovered by the non-profit Internet Archive’s Wayback Machine.

The title also claimed 27th place in the overall Amazon Best Sellers list on Tuesday, where it also had not made the top 100 last week, as seen in Wayback Machine’s archive of Amazon’s Best Seller page.

His other books, including “Midnight’s Children” and “Joseph Anton: A Memoir” had similarly topped the Best Sellers list for the Asia Myth & Legend and Religious Intolerance section respectively, where the former had previously not broken top 50 last month, according to CNBC.

Meanwhile, Rushdie’s former wife and celebrated TV personality Padma Lakshmi has expressed relief that the author is pulling through after Friday’s nightmare and hoped for his swift healing.

Rushdie and Chennai-born Lakshmi married in 2004 and got divorced in 2007. Lakshmi, 51, who is herself an author and the host of the hit culinary TV show TopChef, was Rushdie’s fourth wife.

“Relieved @SalmanRushdie is pulling through after Friday’s nightmare. Worried and wordless, can finally exhale. Now hoping for swift healing,” she said in a tweet.