Street named after A R Rahman in Ontario 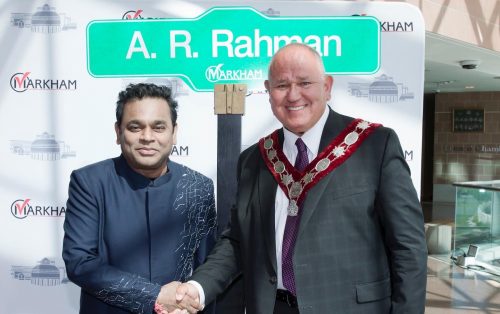 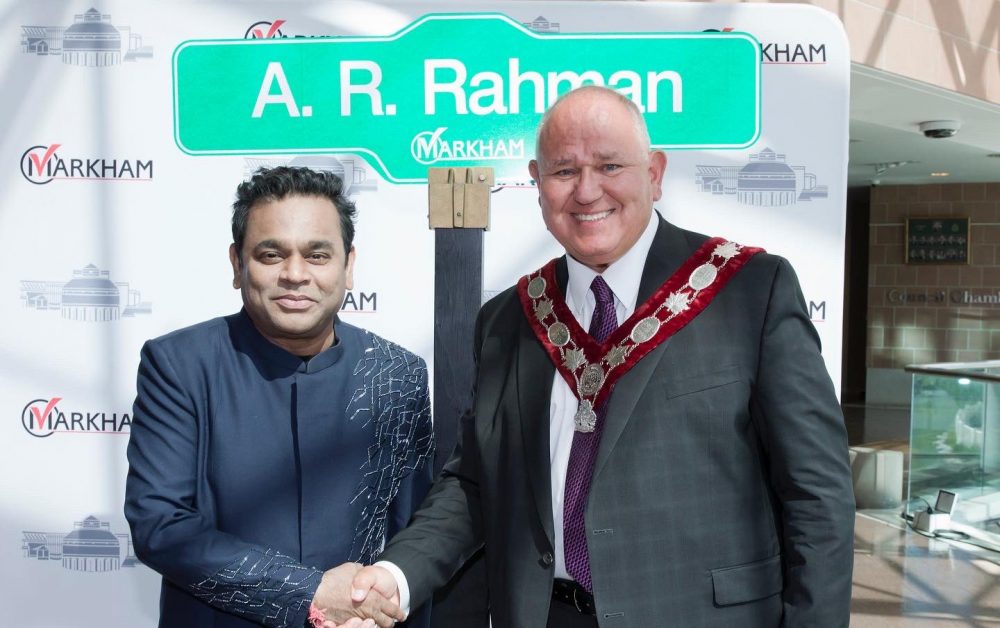 The music maestro wished the name — Rahman – merciful — would bring peace, prosperity, happiness and health to all in Canada

The city of Markham in Ontario, Canada, has honored A R Rahman, the Mozart of Madras, by naming a street after him.

The legendary Indian musician shared the news on his social media accounts while on his musical tour in Canada. He has also shared pictures from the inauguration ceremony.

The winner of two Oscars, a BAFTA Award, a Golden Globe and two Grammy Awards, said, despite reaching the milestone of three decades in the Indian film industry earlier this month, he now feels more responsible towards his work and motivating others.

“I feel like this gives me immense responsibility to do much more and be inspiring, not to get tired and not to retire yet. Even if I get tired I’ll remember that I have more things to do, more people to connect with, more bridges to cross,” he said.

“I never imagined this ever in my life. I am very grateful to all of you, the Mayor of Markham, Canada (Frank Scarpitt) and counsellors, Indian Consulate General (Apoorva Srivastava) and the people of Canada,” he wrote on Twitter while sharing a letter for the authorities of Markham in Ontario.

“The name AR Rahman is not mine. It means merciful. The merciful is the quality of the common God we all have and one can only be the servant of the merciful. So let that name bring peace, prosperity, happiness and health to all the people living in Canada. God bless you all,” the music maestro added.

He also thanked his brothers and sister from India for all the love and his colleagues from the music industry all over the world in his post.

Read: Canadian City Markham Names Street After AR Rahman, He Says ‘Never Imagined This Ever In My Life’ (August 29, 2022)

In November 2013, the city of Markham had announced that a street will be dedicated in Rahman’s honor.

His upcoming work includes films like “Cobra” and “Ponniyin Selvan: I.”