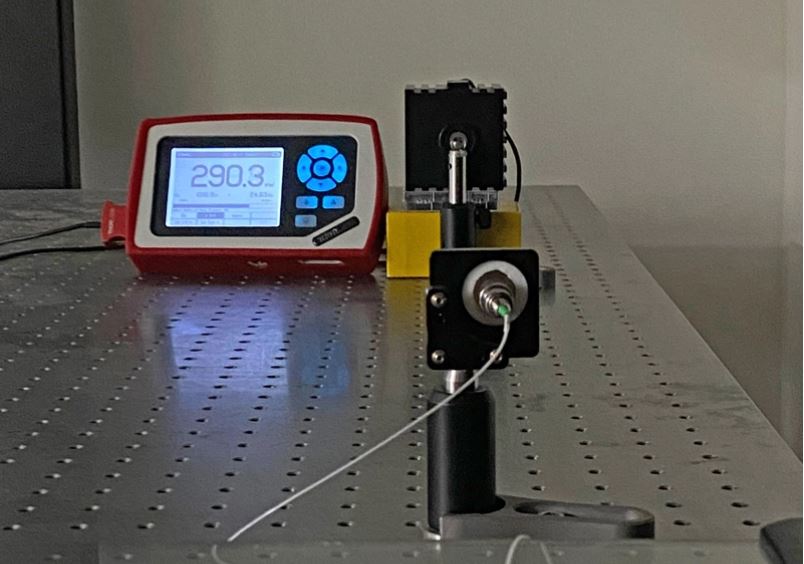 What Tesla foresaw a century ago — wirelessly light cities, and beam power to aircraft — may come true soon

South Korean researchers have made a significant breakthrough in wireless power transfer recently, using infrared laser light to transmit 400 mW of light power over a distance of up to 30 meters (98 feet).

Ever since the pioneering electrical engineer Nikola Tesla came up with the idea of inductive coupling a century ago to transmit electricity from atop a tower wirelessly through the air at long distances, the concept has been catching up and is a possibility today for electric toothbrushes, smartphones and wireless electric vehicle charging.

Read: Japan declares war on floppy disk, will other nations wake up? (September 2, 2022)

Most of these applications transfer low amounts of power, in the range of microwatts to milliwatts, useful for data transfer. At the higher end, to transmit power ranging from few watts to several kilowatts, over moderate distances, wireless power transfer has remained the prime focus for industrial use.

To put it in simple words, wireless electricity is possible when the transmitter converts Alternating Current (AC) into a magnetic field. The device picks up the field and converts it back to AC but the sticking point here is the distance and volume.

It is already used in devices such as electric toothbrushes, RFID tags, induction cooking, and implantable cardiac pacemakers, or electric vehicles.

However, in far-field techniques, power is transferred by beams of electromagnetic radiation, like microwaves or laser beams to transport energy to longer distances aimed at the receiver with potential for use in solar power satellites and wireless powered drone aircraft.

NASA in the 1960s explored the possibility of harvesting energy from space using solar-paneled satellites and “beam” the energy back to Earth. They were able to transmit 30KW over 0.93 miles (1.5 km) using 2.38 GH microwaves with an 80% efficiency.

In the early-2000s, NASA tested the world’s first laser-powered aircraft that was powered by electricity generated by a ground-based IR laser set up, another milestone in WPT.

Recently, a similar experiment focused on the long-distance powering of drones and in the 1980s, Canada’s Communications Research Center was able to develop a small prototype airplane called the Stationary High Altitude Relay Platform (SHARP) that was powered using microwaves and a rectenna (a special type of receiving antenna).

Japanese researchers have recently developed a wireless power transmitter-cum-receiver for 5G networks overcoming the twin problems of short transmission distances and a fixed direction from which power can be received.

New Zealand’s startup Emrod is testing a prototype wireless energy infrastructure throughout the country. It has designed a unique tele-energy technology that uses a wireless network of antennas and rectennas (rectifying antennas) carrying energy in the form of long-range electromagnetic waves from one point to the other.

“While most other approaches require the receiving device to be in a special charging cradle or to be stationary, distributed laser charging enables self-alignment without tracking processes as long as the transmitter and receiver are in the line of sight of each other,” says electrical engineer Jinyong Ha, from Sejong University in South Korea. The findings are published in Optics Express.

The Sejong University team used an amplifier transmitter treated with erbium at a distance of 30 meters from the receiver, which was fitted with a photovoltaic cell to convert the light signal into electrical power. With a central wavelength of 1550 nanometers, the laser is in the safest part of the infrared spectrum and can’t damage human skin or eyes.

Measuring 10X10 mm, this receiver is compact and fits into gadgets, especially sensors or smaller smart home devices, such as motion or temperature sensors to be charged wirelessly. One can charge his mobile, say in an airport, without cables or plugs.

While the experiment is still in its nascent stage, it could open up a new potential as laser-based power transmission can be controlled more easily for long-range wireless electrical transmission.

What Tesla foresaw more than a hundred years ago — a huge network of towers that could wirelessly light cities, and also beam power to aircraft in the air may come true soon.