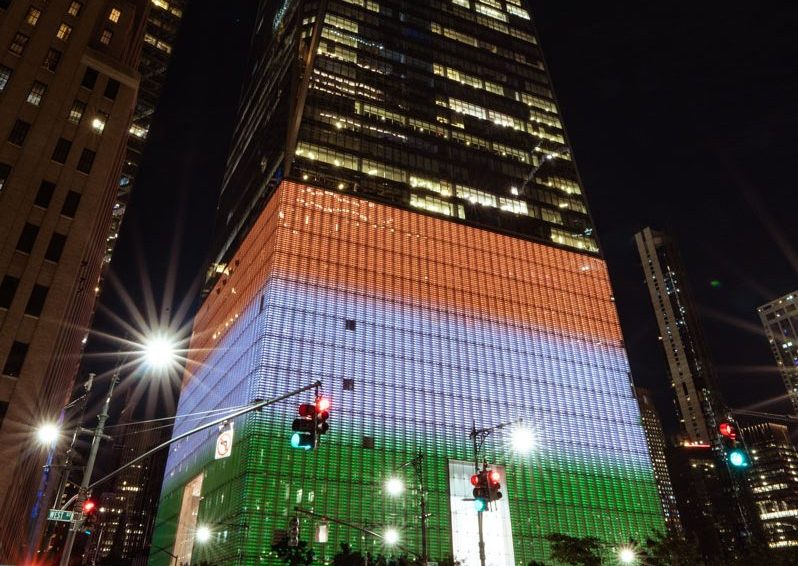 The South Asian Engagement Foundation (SAEF) is celebrating 75 years of Indian independence and the story of the Indian American community with three compelling animation themes at One World Trade Center.

Depicting the rich heritage and cultural roots of the Indian American community, the animation themes will run daily from Sep 24 to 26 highlighting how all things Indian are fast becoming an integral part of American life, according to a media release.

Since Indian Americans are the second-largest immigrant group in the US, the animation themes will emphasize Indian culture’s integration into American culture, it said.

There are 4.2 million people of Indian origin residing in America, SAEF noted citing data from the 2018 American Community Survey (ACS) conducted by the US Census Bureau.

The multiple themes will showcase the rich and cultural heritage of India’s Ayurveda and spirituality and how these aspects of this ancient science have become mainstream staples in daily American life, SAEF stated.

Another theme focuses on the Indian American’s community strong educational background that led them to be accomplished doctors, scientists, technocrats, entrepreneurs and Spelling Bee champs.

“There are around 4.2 million people of Indian origin residing in the United States, as a result, the Indian American community has transformed its culture into a very strong, diverse, and enriching experience for non-Indians in the US too,” SAEF founder Rahul Walia, stated. “It is initiatives like All American Diwali and Tricolour NYC that allows us to strengthen the relationships between India and the US.”

The expression will run daily from Sep 24 to 26 to coincide with the final days of the UN general assembly. The imagery will be live at sunset every day and run non-stop until 2 am EST. The digital animation will also include an animated Indian Flag.

The concept and context of the curation can be seen on the Foundation’s landing page where all the themes and its significance are explained in detail.

The best viewing spots are between West Street and North End Way on Vesey Street, the release stated. Visitors can take videos and pictures to post and share across social media platforms and with friends and relatives across the world. Recommended hashtags include: #IndiaOnWTC #AzadiKaAmritMahotsavWTC #IndianAmericansWTC

SAEF’s mission is to create large format “content driven experiences and opportunities” to showcase the Indian heritage and the contribution of the Indian American community and, in turn, engage people across age groups and demographics, the release stated.