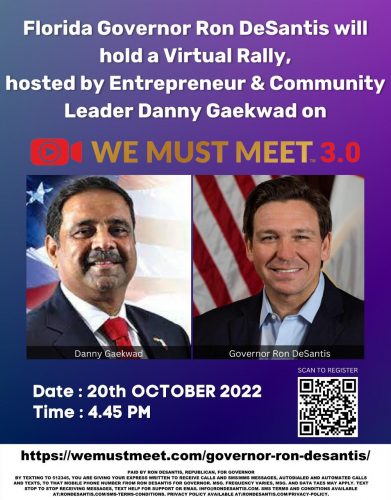 Participants can ask the governor questions about issues related to Indian Americans.

DeSantis supporters can join the virtual rally and a question-answer session with the Republican leader, who is considered a frontrunner for the GOP nomination for president in 2024, at 4.45 pm on Oct. 20 through the We Must Meet platform at www.WeMustMeet.com.

Gaekwad will moderate the discussion, where participants can ask the governor questions about issues related to Indian Americans.

The Baroda-born Gaekwad told The American Bazaar that he expects tens of thousands of join the event.

Gaekwad said the forum provides an opportunity for Indian Americans to ask the governor questions about issues that concerns the community and trigger a debate. 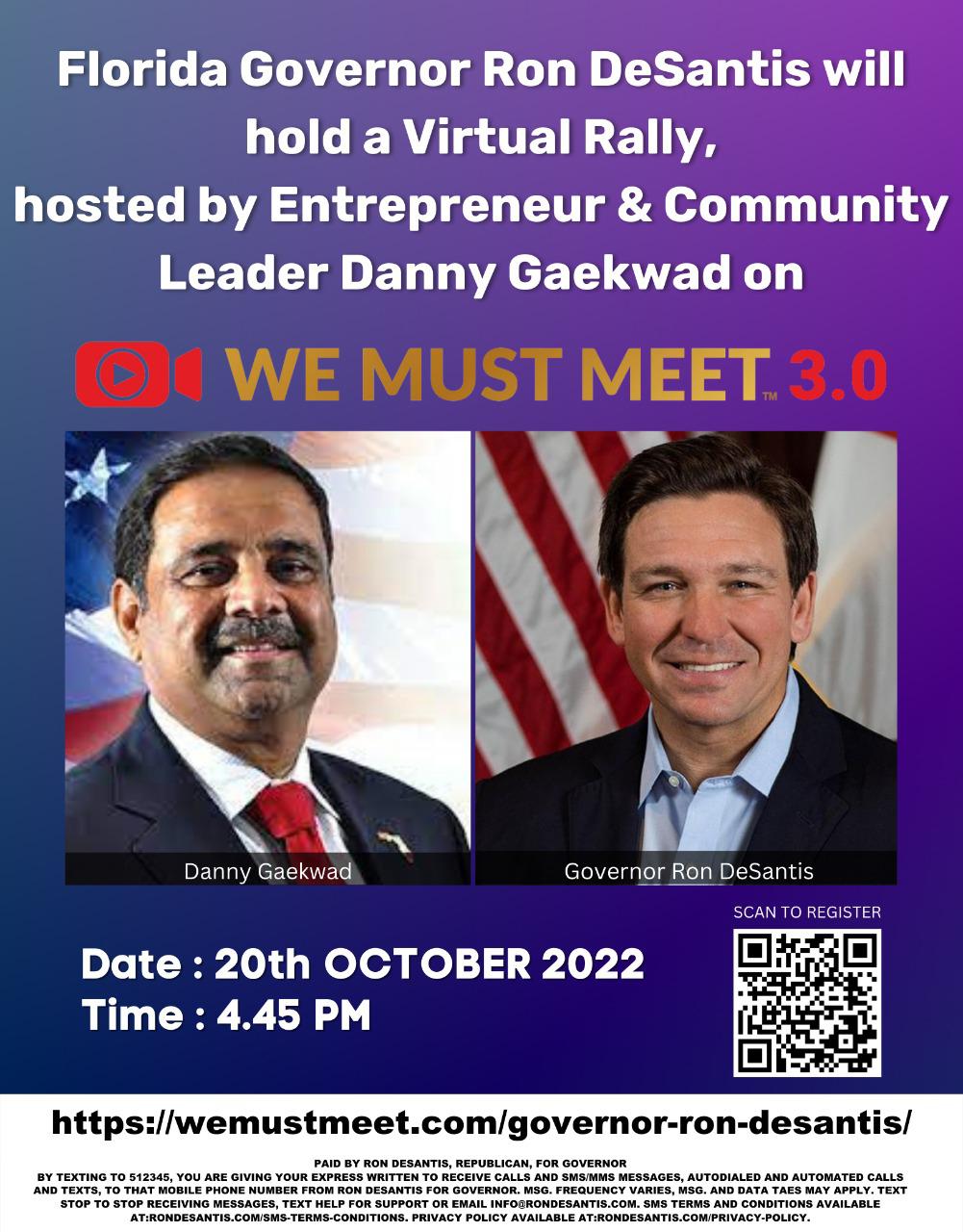 DeSantis, who has served since 2019 as the 46th governor of Florida is facing Democratic nominee, Charlie Crist in the Nov 8 gubernatorial election.

Before being elected governor, DeSantis represented Florida’s 6th district in the US House of Representatives from 2013 to 2018. He was first elected to Congress in 2012, defeating his Democratic opponent Heather Beaven.

Gaekwad, 61, is an influential figure in Florida’s Republican politics, having raised hundreds of thousands of dollars to candidates running for local, state and national offices.

As former Florida State Senator Dennis K. Baxley says in a recent documentary, “In Florida, no one seriously pursues public office without coming to see Danny Gaekwad. Because they know he brings not only his commitment, his vision, his judgment, but he’s all in. When he’s with you, he brings his resources to bear he brings his relationships to bear.”

Gaekwad, who was born in Baroda, came to the United States in 1987. His maiden business venture in the country was a convenience store in suburban Orlando. By the mid-1990s, he and wife, Manisha, built and sold 26 convenience stores.

A first-generation Indian American businessman, Gaekwad is the founder and CEO of NDS USA Information Technology, an IT firm and Danny G Management that runs a chain of restaurants and hotels across Florida.

One of the largest Indian American Republican donors and bundlers, Gaekwad has donated and raised money for some of the top Republican leaders, including former President Donald Trump besides a number of congressmen and local officials.