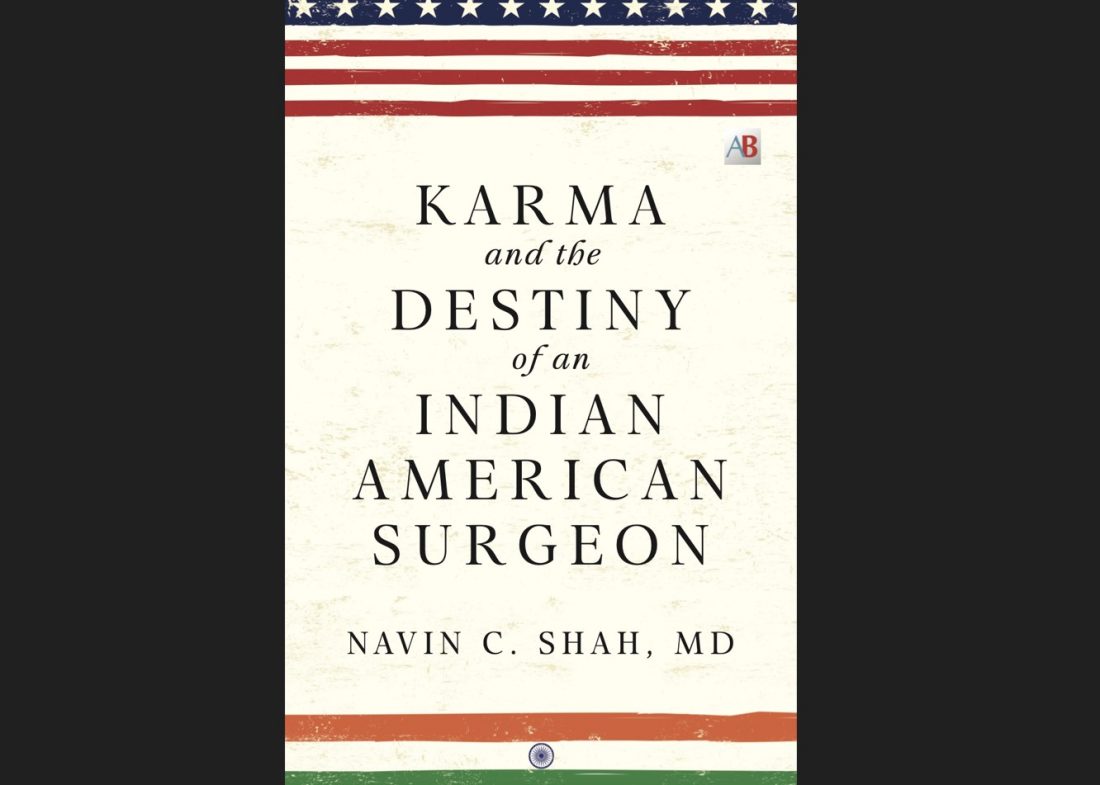 If India had started the ID specialty in 2008, hundreds of experts would have been ready to deal with the pandemic

Dr Navin C. Shah, a leading urologist practicing in the Washington DC area, has for the last two decades tried to convince the powers that be in India to launch initiatives for training of infectious disease (ID) specialists with US help.

But time and again, the Indian government and the Medical Council of India (MCI) missed opportunities to launch an ID Specialty Training Program that could have prevented the collapse of India’s healthcare system at the height of the Covid-19 pandemic and checked the heavy toll it took.

“If the ID specialty had started in 2008, India would have had hundreds of ID specialists in place to take care of Covid-19 patients, both in prevention and treatment during the global pandemic,” he says in a new book, “Karma and the Destiny of an Indian American Surgeon,” published by American Bazaar Books.

Here in excerpts from the book, Dr Shah relates his unrelenting efforts to help India launch such a program and opportunities it missed:

The devastating second wave of Covid-19 infections in April and May of 2021 overwhelmed India’s healthcare system. More than 400,000 people died over a few weeks due to lack of oxygen and the inability of hospitals to treat them.

Infection rates and death tolls were widely believed to be vastly undercounted. Proper last rites were not performed on many Covid victims, as crematoria and cemeteries in the northern and northwestern parts of the country struggled to handle the high volumes.

International media provided wall-to-wall coverage of the pandemic and India’s inadequate response. Having watched the public health crisis unfold on TV from more than 7,500 miles away, I could only bemoan the refusal of the country’s medical establishment and health ministry to put in place an initiative we tried to get implemented more than a decade before.

Among the reasons and figures cited by experts for why India’s healthcare system collapsed for a few days at the height of the second Covid wave, one stood apart: the insufficient number of trained infectious disease (ID) specialists in India.

Since the early 2000s, when HIV/AIDS began spreading in India, and transplant and implant surgeries became common, I was increasingly concerned about the lack of trained ID specialists in the nation. Blood infection (septicemia) had a high mortality rate.

India already had the largest pool of tuberculosis patients in the world, more than a fourth of the total cases worldwide. My biggest fear as a physician (not as a public health expert) was the lack of expertise in treating the existing and new infectious diseases, especially viral infections.

A country of more than a billion people, India had only a handful of ID specialists—the crucial frontline workers in fighting any epidemic. Clearly, the government of India, as well as the country’s medical education and healthcare establishment, did not adequately understand the importance of having ID specialists.

The ID specialty and ID prevention and treatment have been in existence in the US for more than sixty years. The US, with one-fourth of India’s population and with far less prevalence of infectious diseases, had more than 8,500 ID physicians, and about 900 of Indian origin, whereas only about one hundred ID specialists practiced in India.

For nearly two decades, I’d been knocking on the doors of the Prime Minister’s Office and Nirman Bhavan, where the Ministry of Health and Family Welfare was located, trying to convince those in charge of dispensing healthcare in India to launch initiatives with US help. None had come to full fruition. By 2004 I was convinced that India needed thousands of well-trained ID specialists.

Since I had to start promoting my India projects from scratch with a new government administration in India after May 2004, I had decided to add the training of ID specialists to the agenda.

However MCI did not climb aboard. Ramadoss was still positive and asked me to work with the National Board of Examinations (NBE), an agency under the Ministry of Health tasked with standardizing postgraduate medical education in India.

Dr. Marcus Zervos, head of the Infectious Diseases Division at Henry Ford Health System, wrote to assure me of his institute’s “strongest support” for my proposal.

Zervos promised to provide US CME courses to Indian physicians and facilitate the visit of one or two Indian ID teachers to visit the US “to acquaint with all facets of ID.”

In a January 2006 meeting with Prime Minister Manmohan Singh and Ramadoss, both offered unqualified support for the initiative. In December 2006, I led a delegation of four US ID experts and made a presentation at the NBE headquarters in Delhi on the proposed program.

We presented details of the proposed two-year residency program, to be based on the US model with needed modifications for India. At the end of the eight-hour presentation and discussions, the conference accepted the proposal. Three months later, in March 2007, members of NBE’s Governing Body approved the ID specialty program.

In April, we made a similar presentation before top officials of MCI, including the chair of its Postgraduate Committee, Dr. Ved Prakash Mishra.

In September, MCI approved the specialty program: MD in infectious diseases. The plan was to finalize curriculum in August 2009 and begin classes in May 2010. We submitted a syllabus for the course based on the US curriculum and modified for India in that certain diseases such as malaria that are widely prevalent in India are not found in the US, and American ID specialists do not have much experience in treating them.

We lined up a scholarship for an Indian ID teacher to come to the US and get acquainted with US programs, and made arrangements for ten American ID specialists to visit India and teach in the country’s medical schools. In a major boost, we received the support of the American Board of Internal Medicine and the AMA.

Subsequent meetings and logistics entailed several trips to India, but two years passed after the ministry gave the green light to start the ID program. The ball had not moved even a yard despite all the support from major players in government and us providing everything we’d been asked to provide along the way.

When the Singh-led United Progressive Alliance lost the election in May 2014, I again had to deal with a different set of leaders at the Ministry of Health and Welfare and at the Prime Minister’s Office.

I met with the new Health Minister Harsh Vardhan, a physician, at the AAPI annual convention later in the summer and described the need for India to have 15,000 ID specialists, and that all government medical colleges across the country should start ID specialty training courses immediately to reduce mortality and morbidity in ID patients.

At one point that year, I was told that MD programs would be launched in three hospitals, in Pondicherry, Vellore, and Chandigarh, and six more centers would be added the following year. Again nothing happened.

I learned from one of the medical colleges that had applied to start the MD program, that the Academic Council of the MCI was responsible for the delay. The college had submitted its application and fee in 2013 and was told that, though the ID program was approved years before, the norms and eligibility criteria had not been laid down.

However, MCI’s Board of Governors had approved the minimum standard requirement in March 2012. Somehow it seemed to have died in the cabinet of the Academic Council. With nothing further happening by 2016, I stopped pursuing ID specialty training with Indian officials.

Once again, the government and MCI missed an enormous opportunity. If the ID specialty had started in 2008, India would have had hundreds of ID specialists in place to take care of Covid-19 patients, both in prevention and treatment during the global pandemic.