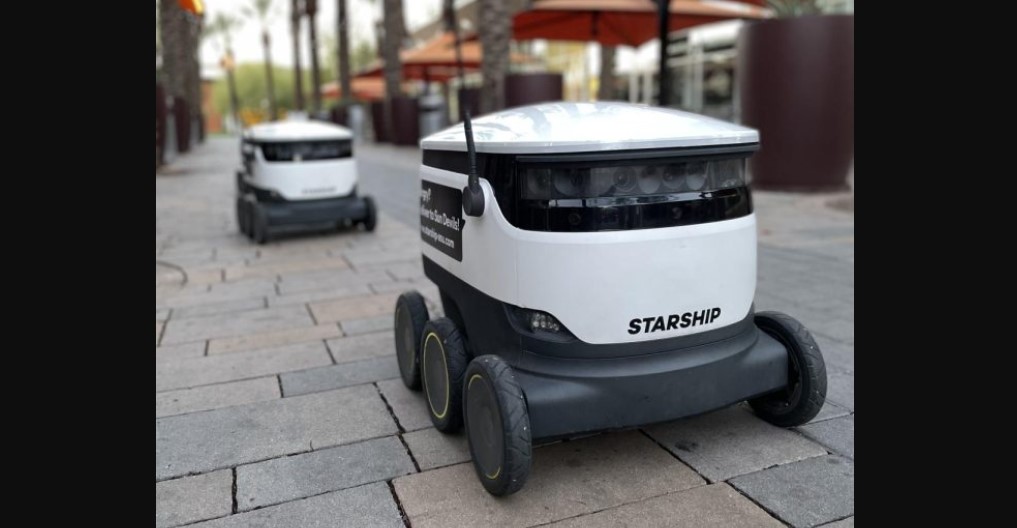 People kicking some pilot food delivery robots on the roadside has given rise to a new dimension to the manufacturing process and an insight into how humans would interact with robots in the future.

When Starship Technologies rolled out its 22-inch tall robots seven years ago that move along the pavement at four miles per hour delivering food to people, the company co-founder, Ahti Heinla, revealed the dark side of humans, though he insisted that a vast majority of passersby were harmless.

The incidents reported during the early stage of robots being tested as food delivery systems reflected the need for “anger management” probably by thousands of delivery boys who are sucked into the vast gig economy that provides freelance jobs skipping a real job.

Starship’s then CEO Lex Bayer said, “Some people pass our robot and kick the robot a little bit,” Heinla said. “That’s not really a problem I think, if people have such anger management techniques that’s fine by us, our robot just drives on.”

Similarly in 2016, a pedestrian tried to rip the flag from a robot out on a delivery mission. The robots equipped with nine cameras, sirens, and tracking to within an inch reportedly encountered 15 million people so far with more than 80% of people being positive.

Antipathy to robots is not new. A 2015 study which placed a robot in a Japanese shopping mall found that when few people were around, children displayed “anti-social behavior” towards the robot by “blocking its way, calling it names or even acting violently toward it.”

A delivery robot on the ground or a drone in the air to transport packages, medical supplies, food, or other goods has gained momentum after the supply chain disruptions faced worldwide during the Covid pandemic.

From a statutory viewpoint, in November 2020 the FAA proposed airworthiness criteria for delivery drones belonging to Zipline, Wingcopter, and Amazon Prime Air among others. Not far behind, China, the United Kingdom, Canada, Australia, and the UAE are making a headway to certify drones for air deliveries guided remotely by e-commerce companies.

German Institute for the Protection of Terrestrial Infrastructures pitches for the ability of soft robots to safely interact and adapt to the surroundings and adapt themselves in an unstructured environment, where the autonomous delivery agent has little or no knowledge about the world around it.

The threat of disruptions, whether natural disasters or cyberattacks or side-kicking individuals on pavements, is looming large for numerous e-commerce companies vying for robot deliveries in the last one decade.

But the market size for delivery robots is huge and predicted to generate about $670 million in global revenues by 2030, from $70 million in 2022, according to ABI Research, an international tech analyst firm.

Amazon announced last month that it will stop live tests of its automated delivery robot “Amazon Scout” but did not scrap the entire project. In fact, the development came when the company has been facing threats of unionization since April when its workers at a New York Amazon warehouse voted to form the company’s first US union branch.

But delivery boys and couriers’ unions fear the inevitable job cuts owing to robot or drone deliveries. “Delivery companies already treat their workers like robots so it’s not surprising that they are showing more and more interest in automation,” asks Ahmed Uhuru Hafezi from the Couriers Branch of the Independent Workers’ Union of Great Britain.

Read: People kicking these food delivery robots is an early insight into how cruel humans could be to robots (June 9, 2018)

Working in the gig economy, many of them face an uncertain future already with low pay, gruelling targets and poor work conditions.

“If they can get away with replacing everyone with robots, it makes their life a lot easier because they won’t have any (employee) liabilities,” Yaseen Aslam, president of the UK-based App Drivers and Couriers Union (ADCU) told Reuters recently. “What will happen to all these workers? Where do they go?”

But the Starship team insists that robots can take over some of the menial, poorly-paid tasks currently done by gig workers while the workforce can move to new jobs where they can manage these robots. Otherwise, he says delivery robots have opened up a new sector that wasn’t there before.

Read: To Bond With Humans, Robots Are Learning to Laugh at the Right Time (September 19, 2022)