With the onset of Obamacare, private practice will disappear; the future of medical practice and its glory is in decline: Dr. Narendra Kumar. 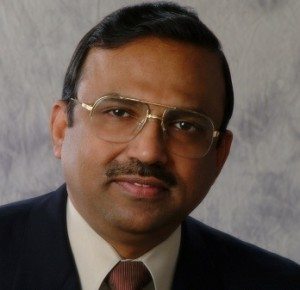 NEW YORK: Like most Indian Americans, who have left their native land in search of a future in other shores, Michigan-based specialist in otolaryngology, Narendra Kumar, exhibits a similar passion for reaching the highest levels of excellence in America while being driven by a resolute commitment to his country of origin. Certainly, as president of American Association of Physicians of Indian Origin (AAPI) which has a membership of over 100.000 physicians  of Indian origin, he occupies the unique position of weaving in the dual perspectives together.

Whether it is about steering a Washington legislation for a greater number of residency seats for international students in the US or garnering support for increased accessibility of medical care in remote villages in India through a Global Health Care Summit in Kochi, India, next month, Kumar is a reckoning presence among the physician community on both sides of the globe. As AAPI president he had inherited a colossal debt from his predecessors but turned it around significantly through a cultural and scientific program with a Shreya Ghoshal tour that unified the different associations under the AAPI banner.

In his youth, he was inspired by his older sister, who returned as a local doctor to his home village, which enthused him to procure a medical education from Trivandrum Medical College and post-graduate residency from Benaras Hindu University. Marriage brought him to America where he studied further at Case Western University in Cleveland, Ohio.

With the Patient Protection Affordable Care Act, loosely termed by conservatives as Obamacare, generating heat in the air waves, Kumar in an interview with The American Bazaar, approached the topic with mixed feelings. While he welcomed universal coverage for the society’s most vulnerable, he, at the same time, declared that the “golden age of medicine as we knew it is gone.” The reason? Declining reimbursements and incentives in the field of medicine. Excerpts from the interview:

Q. What may the public expect from the implementation of Obamacare?

A. Nobody really knows the full detail. We have to see how it evolves when it actually comes to practice. But there are some good things, and some not that great. Benefit is in the fact that some 30 to 40 million uninsured people will now receive medical attention, who were once previously outside the parameters of any kind of preventive or routine health-care check-ups. They would be admitted in emergency care with serious illnesses such as diabetes or heart disease with costs ranging from three to four thousand dollars in the least. This has taken a toll on the entire health care system. Under Obamacare, nobody will be denied medical attention and will get treatment at an earlier stage. Also, insurance companies have been taking advantage of patients by denying or dropping their insurance in case of serious illness which will be prevented under Obamacare. On the other hand, we also have a situation where the sudden explosive growth in the number of patients will not match the man-power needed to attend to the increased demand. Combined with that, there will be a tremendous surge in expenditure.

Q. What are the pressing concerns among doctors with regard to Obamacare? How will it impact private insurance, Medicare and Medicaid?

A. As of now, physicians have a superficial knowledge of the subject and are not actually briefed yet. The devil is in the detail. There is an overwhelming feeling that we are moving towards socialized medicine with government bureaucrats, acting as gate-keepers, controlling decision-making. That implies loss of autonomy for doctors. For example, 30 to 40 million dollars will come into pool of insurance exchange. However, insurance exchange is not the best insurance. It is subsidized for the very poor or the under-insured.  It is very much like an expanded Medicaid program, where payment is just one fourth of what regular insurance pays. Additionally, Medicare reimbursements are being reduced every year. Thereby, with cuts in Medicare reimbursements, the other for-profit insurance companies who look at Medicare as a benchmark, will follow the same path of lowered reimbursements. The main fear is that when 40 million people are coming into Obamacare, with another 50 million already in the Medicare/Medicaid program, the numbers will progressively rise to about 70 to 80 million. Moreover, under Obamacare, employers are urged to provide insurance when they have more than 50 employees. To keep the competitive edge, most of these employers will cut down their work-force to less than 50 people, who now have no mandatory insurance. Another significant fallout, will be those insured now through the employer, will be persuaded to join Obamacare. Consequently, these people will also end up in this pool of expanded Medicaid program. Another drawback of the system is that, if the Affordable Care Act is put in place by 2013, there is really no procedure or plan still in place. Only 20 states are preparing for it through insurance exchange which involves state government forming a partnership with federal government. The rest of the states are reluctant to join, and would like the federal government to run it. Essentially, this will grow into a big government-run insurance policy with a surplus of population under Obamacare, leading to the beginning of socialized medicine.

Q. How will this directly affect the course of professional careers in medicine?

A. No doubt it is painful to see a large bracket of people with no healthcare insurance coverage. Universal coverage is very much appreciated by all. But under this system of drastically reduced reimbursements, private practice will disappear and eighty percent of graduating students and residents will prefer to join big groups to stay in competition. The trend earlier was to go into private practice soon after training. But now there is a cloud of gloomy feeling out there with regard to Obamacare. People do nurture a passion for the medical profession, but with no real incentives and with work consisting of 14 to 15 hours a day, the future of medical practice and its glory is in decline. Also, the costs for maintaining a private practice are prohibitive. Expenses of running a medical practice were less than 25 percent when I started out, but now it is growing over 55 percent. These include costs for maintaining computers, electronic medical records and back-ups that will only add up every year while our reimbursement are shrinking. The prospects looks gloomy and the prevailing feeling is that the golden days of medicine are over.

Q. What is your take on birth control being provided to women with no up-front costs? Are there are any risks or side-effects?

A. This is a good move because the medicine will now be provided free of cost and will reduce unintentional pregnancies. Those who can afford it are buying it anyway, and time and again, it has been tested around the world with no significant risk factor.

Q. What are your success stories as AAPI president? What do you hope to achieve in your tenure as president?

A. When I took the office at the end of June, my first agenda was to bring stability, credibility and accountability to the organization. We have been able to change perception about AAPI and regain our financial stability. With a great team and board of trustee, we have been successful in positively energizing and bridging together all the 150 local, alumni and other chapters of the organization existing under the umbrella organization. Through the multi-city educational and Shreya Ghoshal program, we have worked cohesively with local chapters to provide a scientific and cultural program, which was a phenomenal success and helped raise a profit of 1.25 million dollars. Also, for the first time in history, AAPI is leading the way to organize in January 2013, the Global Health Care Summit in Kochi that will be attended by a 1,000 people, 250 from US, 350 international delegates and the rest from India.

Q. How important a role does AAPI play in lobbying for legislation in Washington?

A. Right now we are trying to increase the residency slots. Recently a bill was brought to Capitol Hill where we have support of the legislation from the American Medical Association (AMA). This expansion in the number of seats will enable US born citizens who have studied abroad and international medical graduates to get into residency slots that are now tough to obtain because of lack of available seats. This will help the country cope with the increased demand for doctors. In the next ten years, As AAPI president, my interest is to see physicians of Indian origin benefit from this legislation.

Q. What changes have AAPI assisted in providing better standards of medical care in India?

A. First of all, medical care in urban cities, such as Apollo, Medanta (Medanta Medicity), Hinduja among many others is at par with western standards. The challenge lies in penetrating the rural areas where 75 percent of the population live. It is a major task and we have a long way to go. However, AAPI has been instrumental in conducting educational programs in different cities. For the last seven years, we have also engaged in the Indo-US Summit, where health care specialists from both countries work together to reach a consensus for treatment plans. Again the main theme of the Global Health Care Summit, will be how to administer affordable and accessible quality health care to remote rural areas and cities. In collaboration with the Ministry of Overseas Indian Affairs and Union Ministry of Health, the main focus of interest will be in the area of non-communicable diseases, such as cardiology, diabetes, oncology, child and maternal health.

Q. What efforts are being made to tighten malpractice suits in the US?

A. Some of state governments like Texas and Florida  have brought forth the tort reform which does not completely eliminate malpractice suits but puts a cap of $250,000 on law suits. Earlier it could rise to five million dollars with entire life saving dropped over one incident. Naturally, out of fear doctors were compelled to maintain defensive medicine leading to unnecessary tests that are wasteful. Again, these law suits are made without patients paying anything. There should also be accountability on the part of the patient, in the sense, that if they bring frivolous charges and lose the case, they need to pay penalty because as of now the burden is entirely on doctors with money to be paid through insurance and time off his practice. There should also be a board in place to supervise these lawsuits.