Otherwise, they will relegate the party to the dustbin of history. 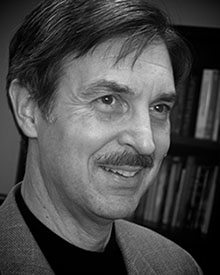 Former Arkansas governor and presidential contender Mike Huckabee threatens that if Republicans embrace same-sex marriage and ignore the religious right agenda, he will lead evangelicals and social conservatives out of the GOP and form a third party.

Republican leaders should take him up on his offer and let ’em walk! Otherwise the extreme social conservatives will relegate the GOP to the dustbin of history.

The GOP’s 2012 election defeats have ignited a full scale civil war between the three factions within the Republican Party.

The first faction consists in establishment conservatives who are social engineers from the right. They accept the welfare state; they just want to introduce market mechanisms to make programs like Social Security and Medicare work better. They’ve even expanded the welfare state: George W. Bush created No Child Left Behind and a new prescription drug entitlement; Mitt Romney created Romneycare, the model for Obamacare.

The second faction is made up of the social conservatives, including many evangelicals like Huckabee. Their highest priorities include limiting the liberty of gays to marry and banning abortion. They dream of imposing their version of Christian values on America. Rick Santorum, former Pennsylvania Senator, is quite clear about his faction’s ideology: “This whole idea of personal autonomy-I don’t think that most conservatives hold that point of view.” He argues that “We’re not the Libertarian Party, we’re the Republican Party.”

Many social conservatives even reject economic liberty. They want government to manage markets and use entitlements to “strengthen the family.”

The third faction consists in the Goldwater-Reagan-style advocates of limited government and individualism, a perspective that is now manifest in the Tea Party movement. Their greatest concern is runaway federal spending and debt, and the expansion of federal power beyond all Constitutional limits, whether through Obamacare or Republican programs. For them Job One is reining in government. Kentucky Senator Rand Paul is their libertarian-leaning hero.

The best way to end the GOP civil war is to let Huckabee, Santorum, and their followers leave. One might object that half of GOP primary voters in 2012 were white evangelicals and that the party would be dead without them. But not all evangelicals and social conservatives, however much they agree on same-sex marriage and abortion, rank these as the party’s priorities. Indeed, surveys show that about half of Tea Party activists are socially conservative while the other half are libertarian-leaning. Not all, perhaps not even most, social conservatives and evangelicals will leave.

The evangelicals are an aging, shrinking part of the voter pool. Worse, they scare away younger voters who are socially liberal. Romney only received 37 percent of the votes of 18-29 year-olds. And once young people vote two or three times in a row for a particular party, they’ll likely continue to vote that way for the rest of their lives.

The most dynamic element within the GOP has been the young Ron Paul supporters who have little love for social conservatives who are bent on managing their personal lives. GOP survival depends on harnessing the energy and the votes of this group. Fewer Huckabees in the party will make this task much easier.

Another potential source of new blood for the GOP is the new information-age wealth creators. These Steve-Jobs types are individualists and innovators who love their work and who generally see private initiative rather than government programs as the path to prosperity. But they loathe the perceived intolerance of social conservatives. Fewer Huckabees will make the GOP a more inviting place to party.

Romney received only 27 percent of the Hispanic vote. Yet by 2050, 30 percent of the American population will be Hispanic. Heavily-Catholic Hispanics tend to be socially conservative. But they are most concerned about economic opportunity, which solid free-market policies can offer. Unfortunately, the GOP’s social conservatives disproportionally favor harsh treatment for illegal immigrants. They’re seen by many Hispanics as callous and even racist. But immigrants-legal or otherwise-tend to embody the drive for self-improvement through hard work that Republicans should celebrate. Fewer Huckabees will allow the GOP to celebrate more Hispanic voters.

The more sensible social conservatives would realize that with the limited government promoted by a more libertarian GOP they’d have less fear for the liberties they love, for example, the freedom to homeschool. And establishment conservatives today are distancing themselves from many big-government programs they once supported. They’d likely work with libertarians to establish true free markets, which would offer opportunities that would obviate the need for welfare state programs.

A GOP minus the most extreme social conservatives and evangelicals would be a modernist, pro-liberty party that could win elections by promoting individualist values.

(Edward Hudgins is director of advocacy and a senior scholar at The Atlas Society. He has worked at the Heritage Foundation, the Cato Institute, and the Joint Economic Committee of the U.S. Congress. Hudgins is author of several hundred pieces on public policy, and has edited books on space, postal service, and international trade. He has written extensively on social and moral issues and is editor and principal author of “Straight Talk about the Soul of the Republican Party” and “An Objectivist Secular Reader.” His opinion writing has appeared in the “Wall Street Journal,” “Houston Chronicle,” “USA Today,” and “Philadelphia Inquirer,” among other publications. He has appeared on Fox News, CNN, MSNBC, CSPAN, and most major news networks)