Comedian to make his debut in the publishing arena. 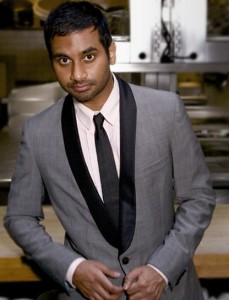 WASHINGTON, DC: Comedian Aziz Ansari, one of the most well-known Indian-Americans internationally, has just signed a book deal valued at nearly $3.5 million.

The deal is with Penguin Press, which is expected to release the book in September of 2015. The book will purportedly be about dating in the modern world, and how the dynamic of singles looking for love has changed in a world of texting and social media. The book will be nonfiction, and Ansari will consult with top academics and conduct his own research to supplement the book.

Ansari is perhaps most well-known for his recurring role on NBC’s hit sitcom Parks and Recreation, which debuted in 2009. He was born in 1983, in South Carolina, to immigrants from Tamil Nadu. After graduating from New York University with a bachelor’s degree in marketing, he began doing stand-up comedy, which garnered him a cult following. He became part of the MTV sketch comedy show “Human Giant,” which led him to further success. He has been seen in hit films like Funny People (2009), Get Him to the Greek (2010), and this summer’s This is the End, all of which are with a core group of comedians launched by famed writer/producer/director Judd Apatow.

Other comedians who have recently gotten book deals include fellow Indian-American comedian Mindy Kaling (“The Office”, “The Mindy Project”), Tina Fey (“30 Rock”), and Ansari’s Parks and Recreation co-star Amy Poehler, but Ansari’s deal is said to be worth more than all of theirs; the only person to net a larger deal is Lena Dunham, creator of HBO’s “Girls,” whose deal last October was reportedly worth $3.7 million.

The specific terms of the publishing deal are unknown, so it is unclear as to whether or not Ansari will be writing more books after his initial one.